The rain held off and although the wind was chilly the event was exceedingly warm !

A very, very big thank you to the Maypole Social Club and Shirley Starbuck for giving her own time to provide such a warm and pleasant environment for us. This really added to the enjoyment of the whole event.

About 30-35 turned up (fantastic !!) - some new faces and many from last year. As with last year there were some very fond personal re-unions and some, this year, from wayback as far as nearly 50 years since last seeing each other.

Maypoleman doesn't do names so anyone in photo's not mentioned or mis-spelt plse E Mail the web site with your details !

Loads of you took photos so E Mail them to our site if you can please.

Below - some of the play-mates ! 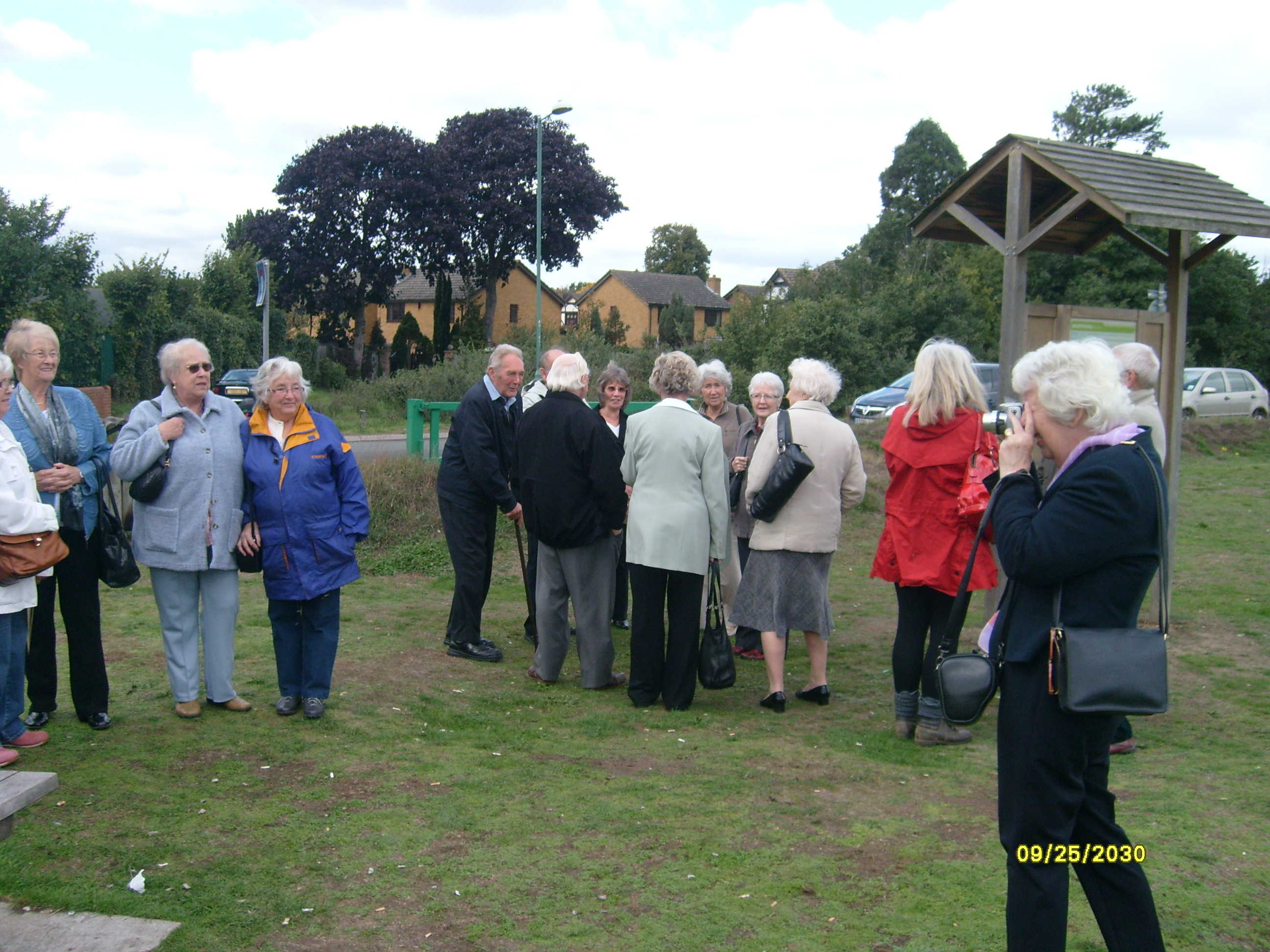 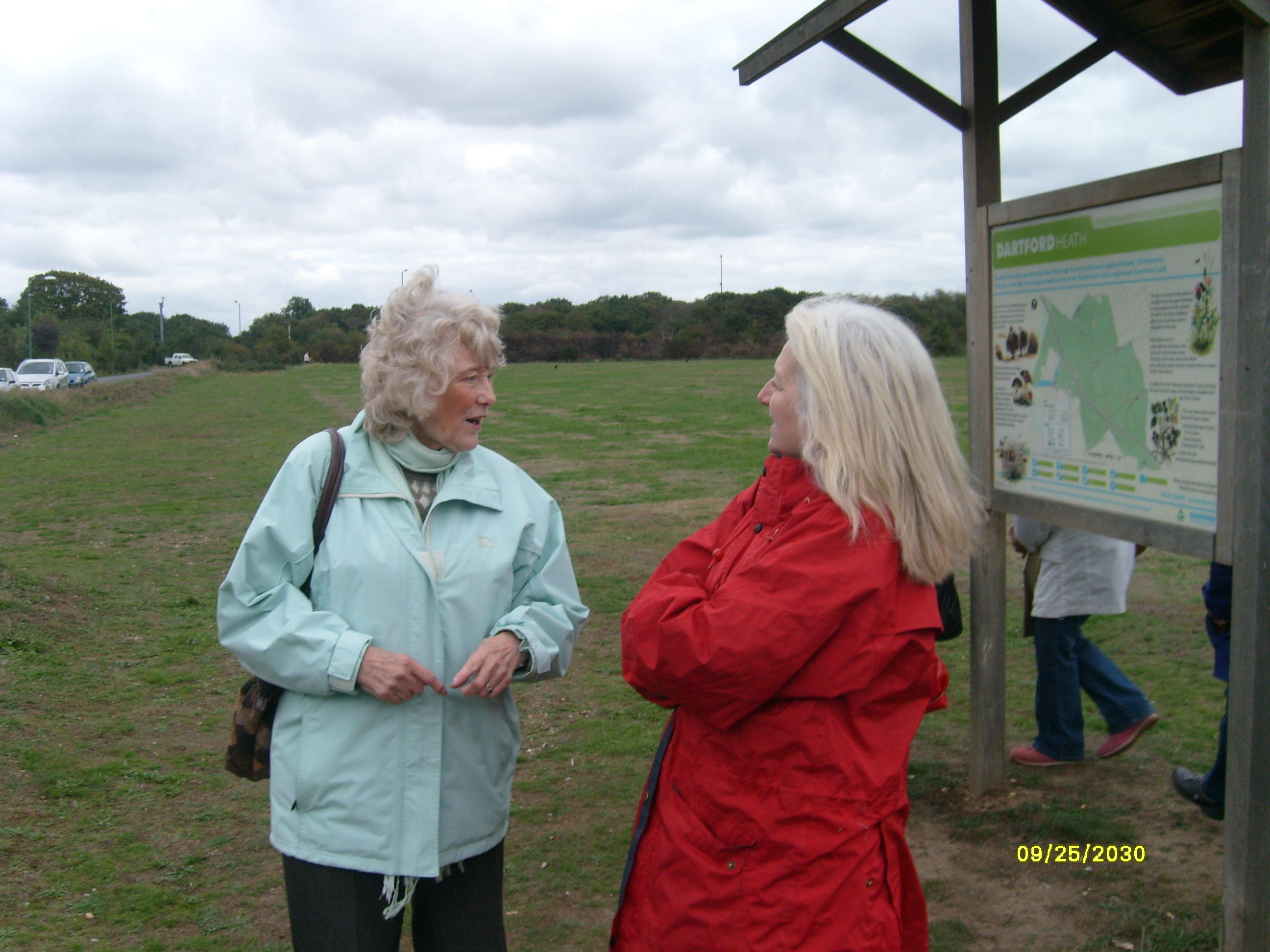 Left is Shelia (nee Houlton) whose sister (Barbara) went to school with Miss Lee- even longer ago. 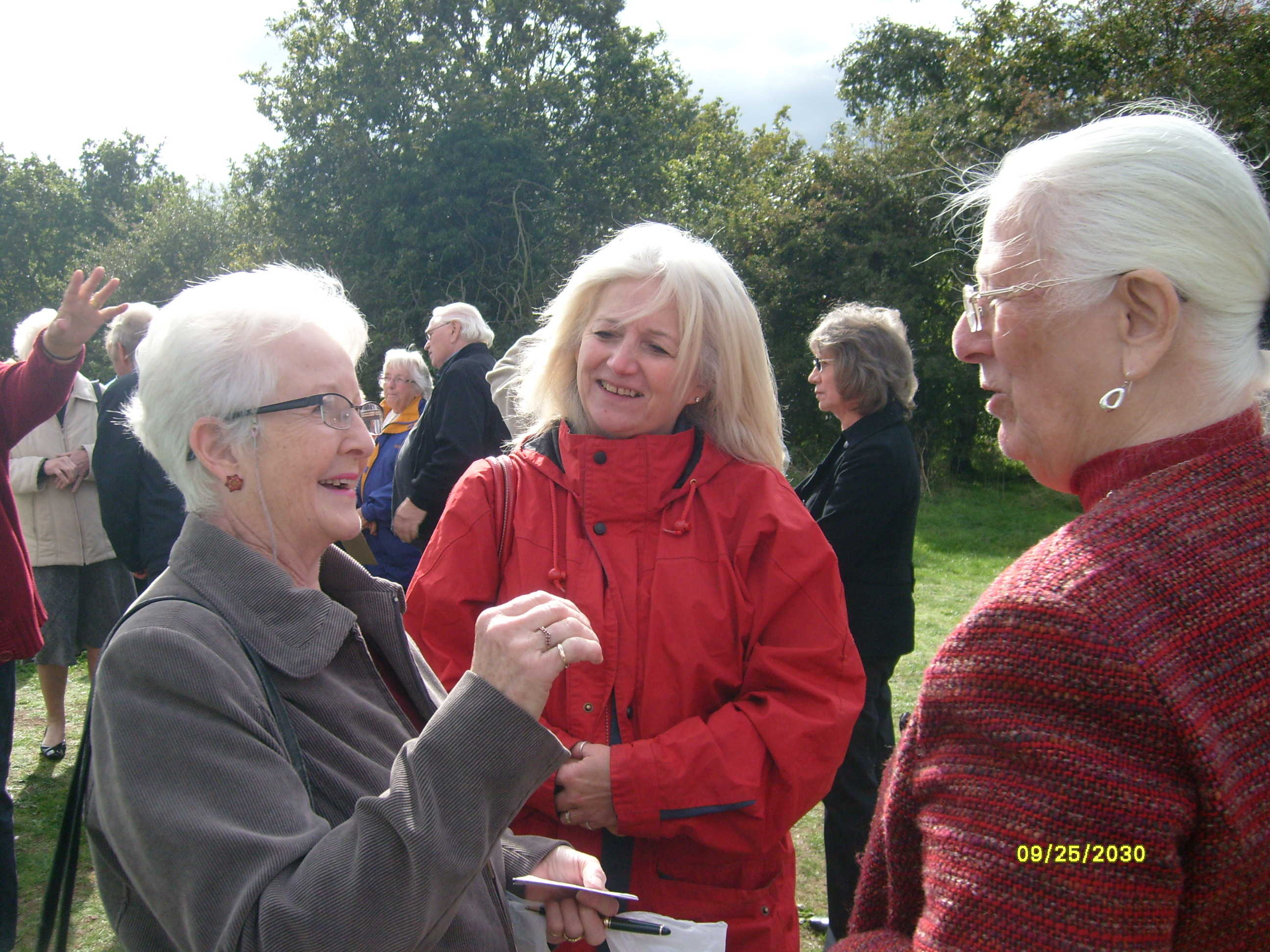 In the photo (far left) is a very young looking Mr Pope's little boy, George, who states he is much older than he should ruddy well look - don't you just hate people like that ? 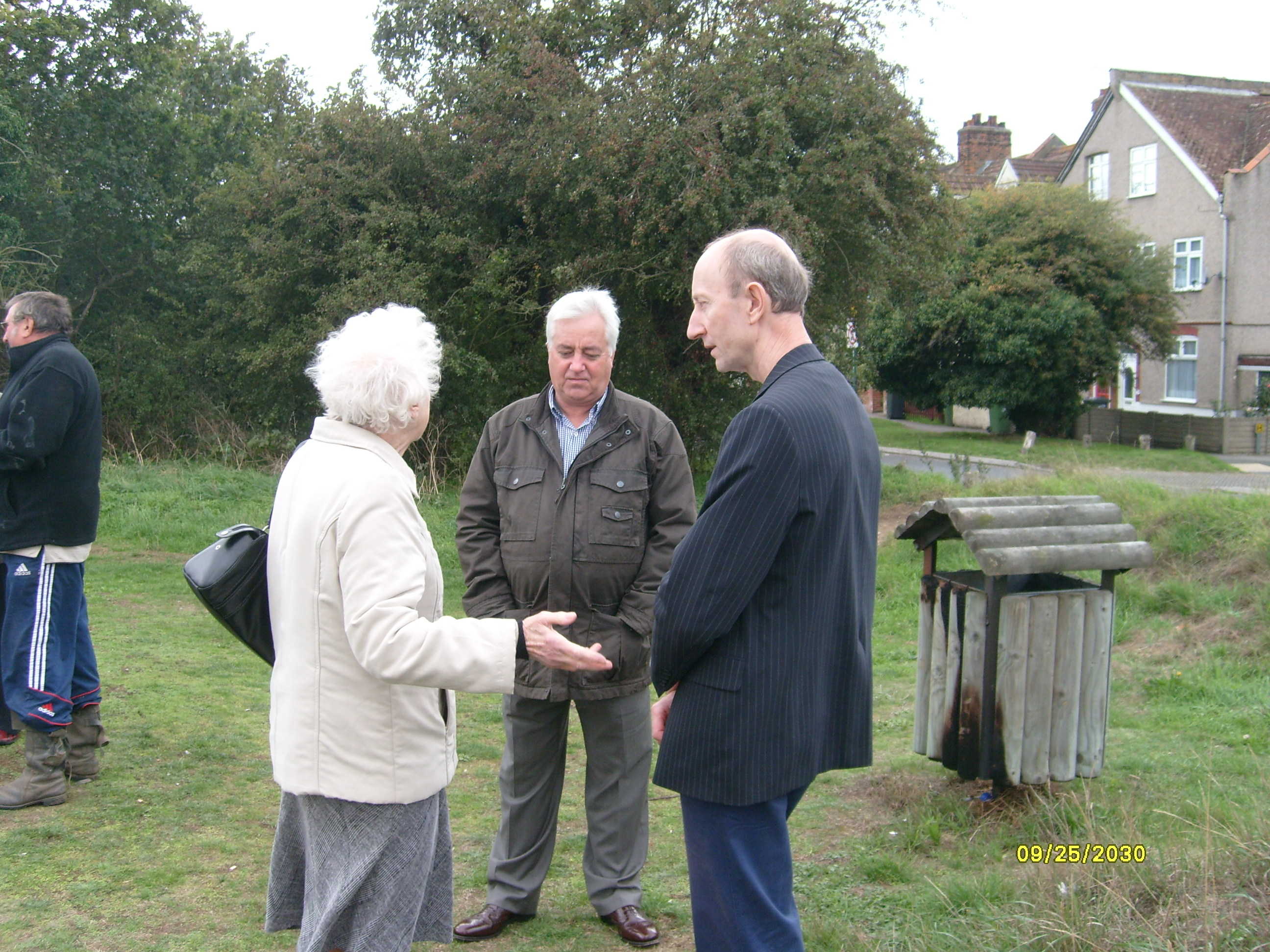 Below - Will Beck's 'grand' daughter, Charlotte - with Paul Richardson - eldest son of the Bexley Hospital Chief Fire Officer who once lived in West Lodge, Bexley Hospital c1962-1970. Charlotte came last year so this must be enjoyable for people of ALL ages. (or did Will Beck bribe her ?) 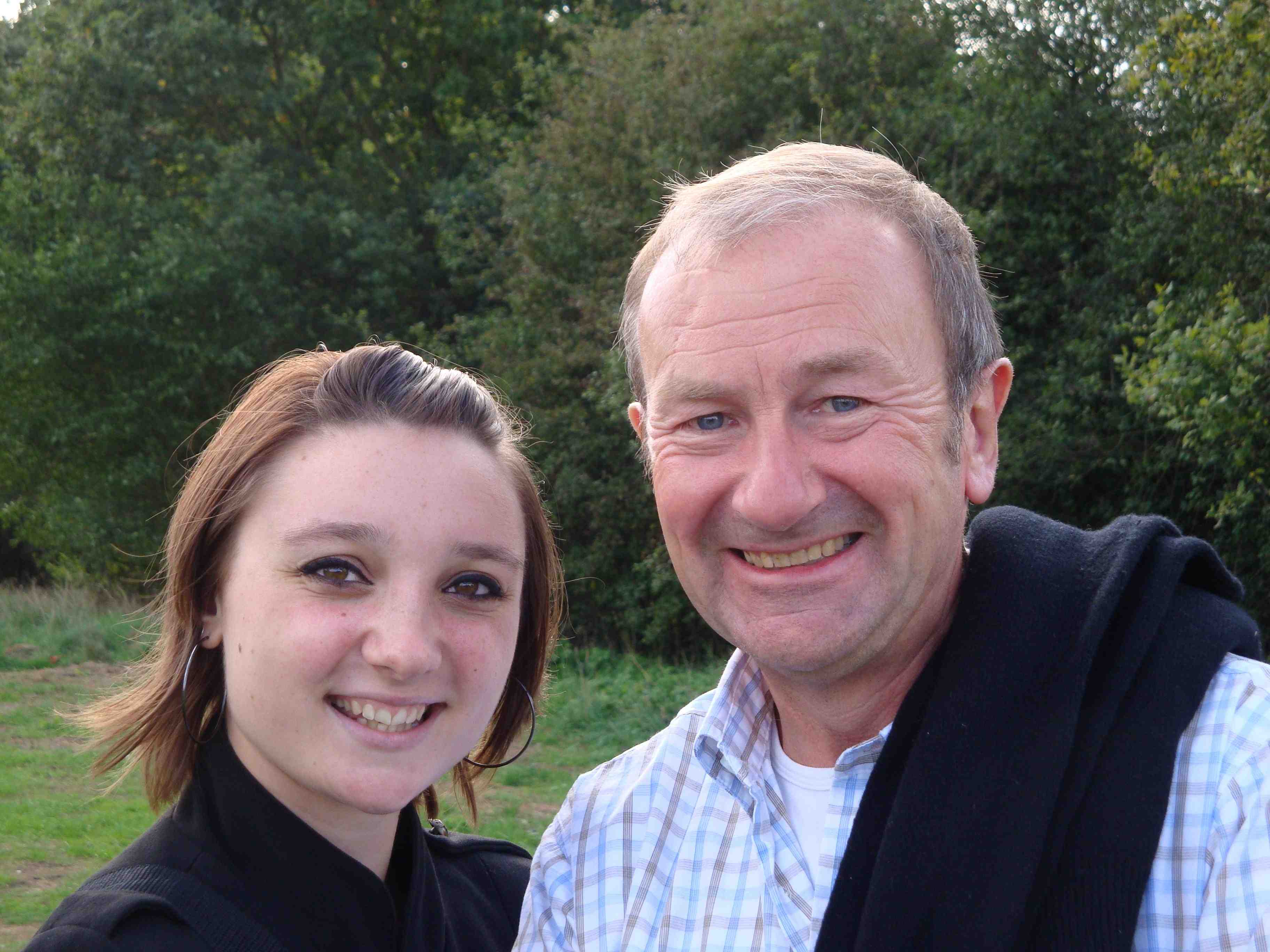 We all met up and walked about for 2 hours then adjourned to the Maypole Social Club who very kindly opened their doors to us. There was some twitching of curtains on the estate as they thought Bexley Hospital was letting some out into the Community ! Some of us brought some interesting memorabilia and photos. 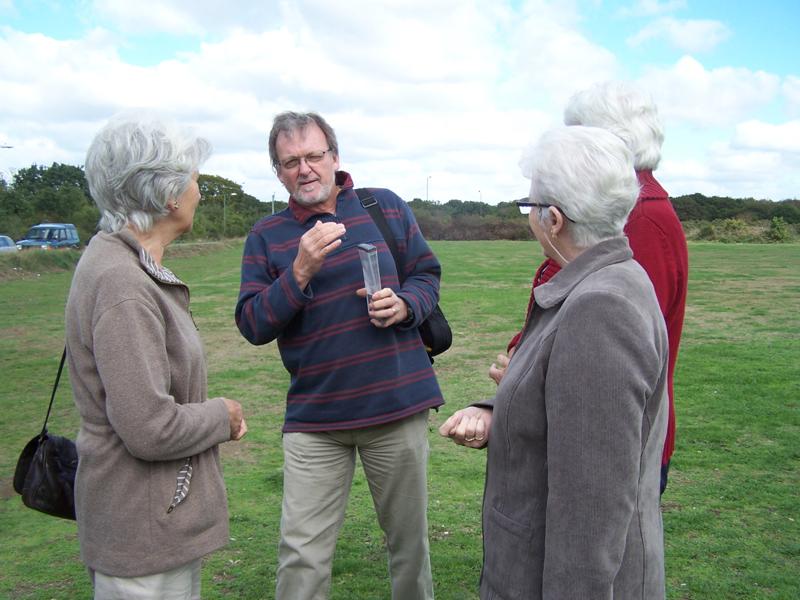 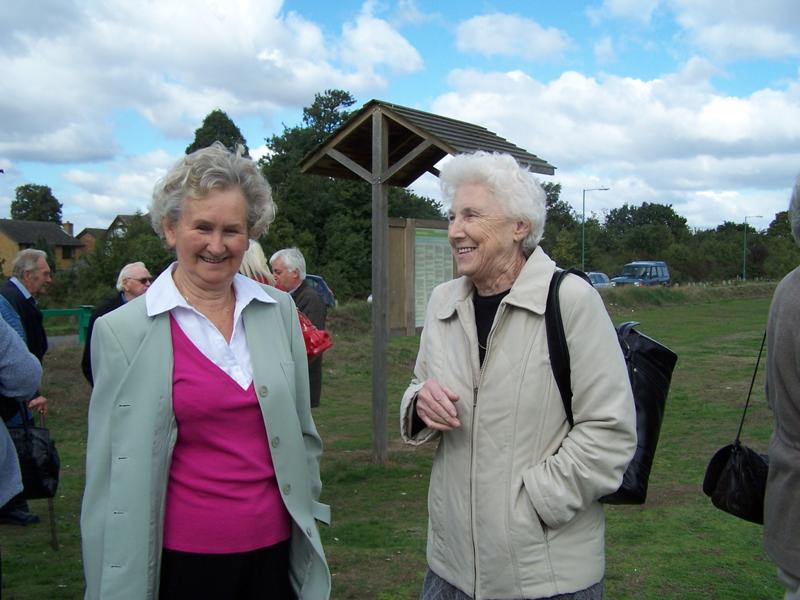 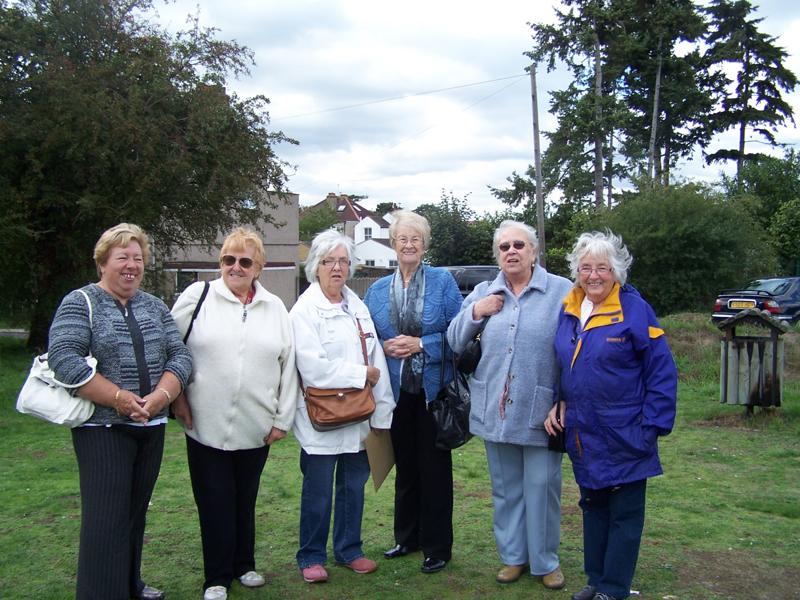 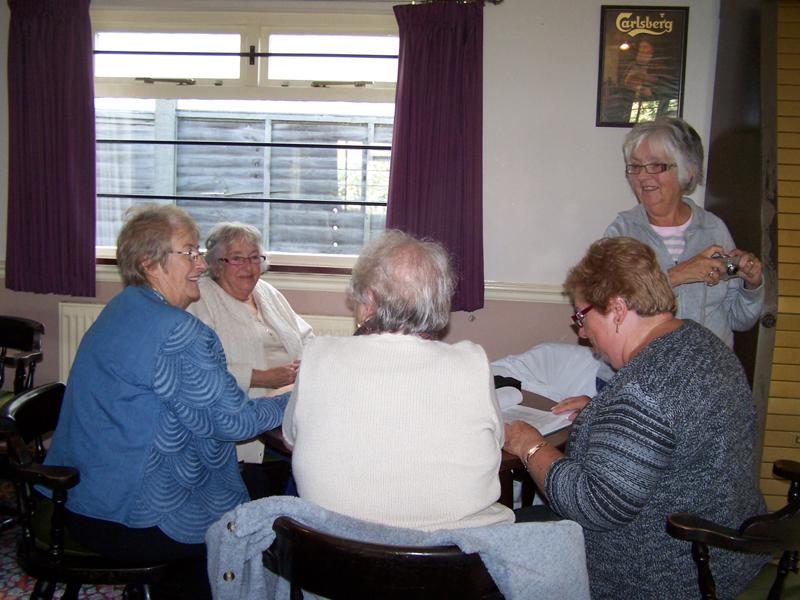 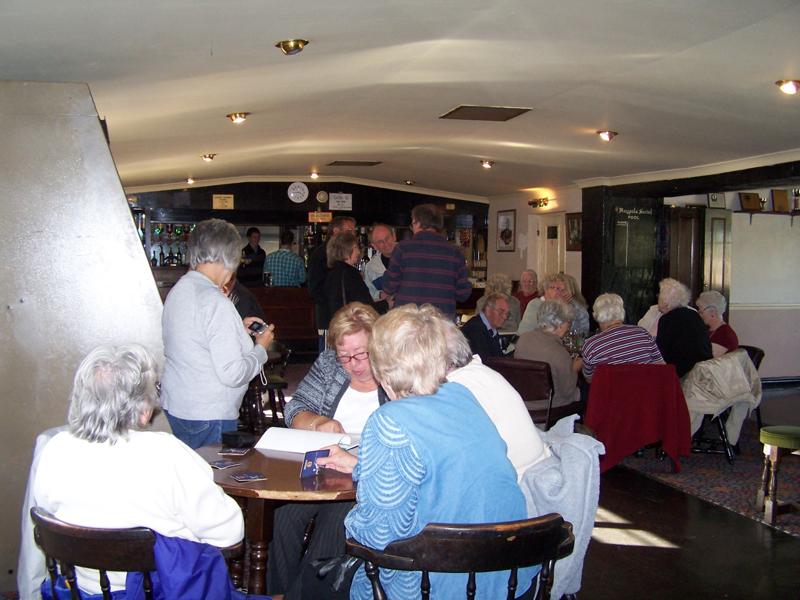 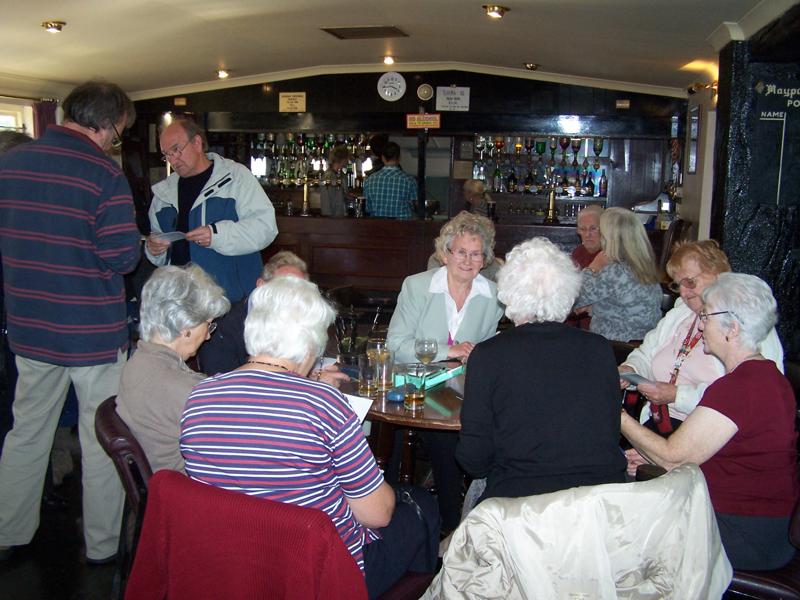 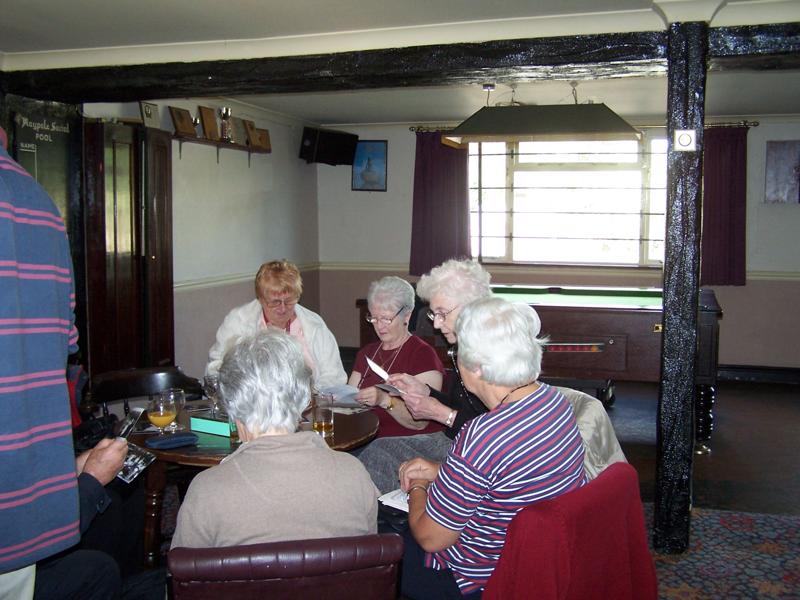 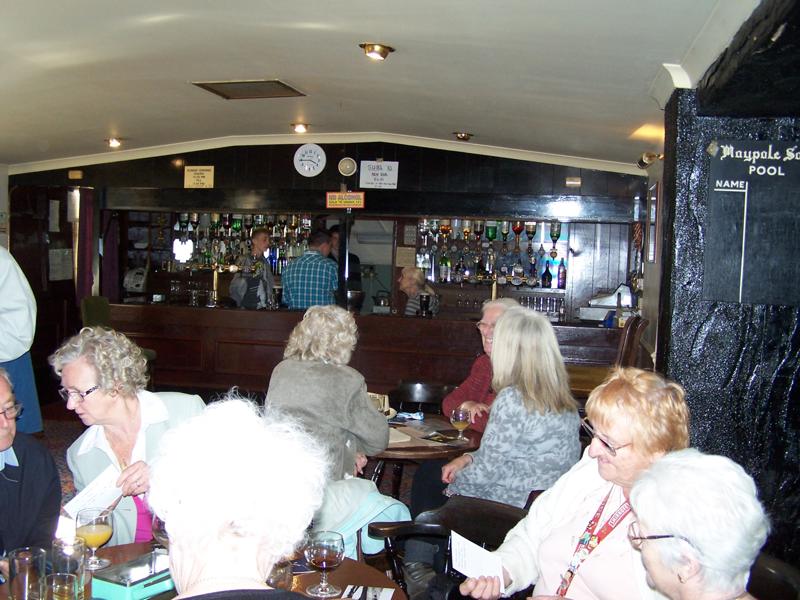 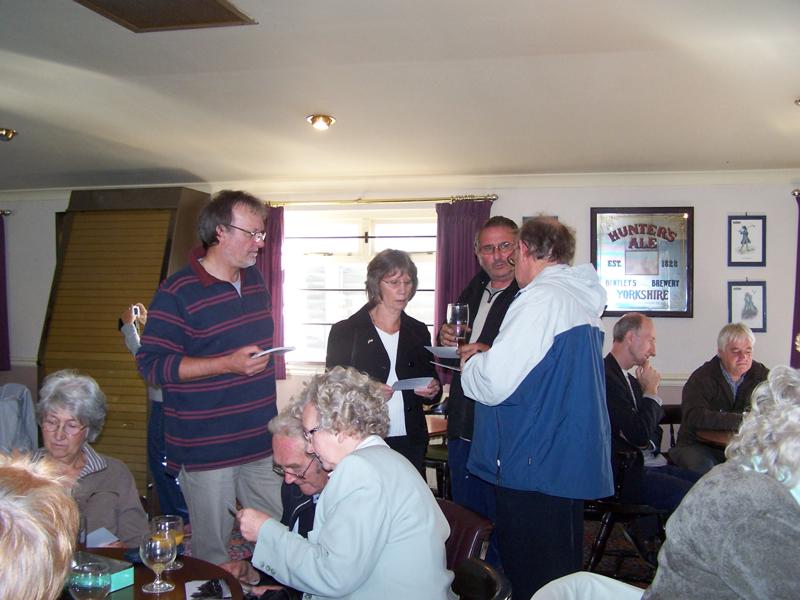 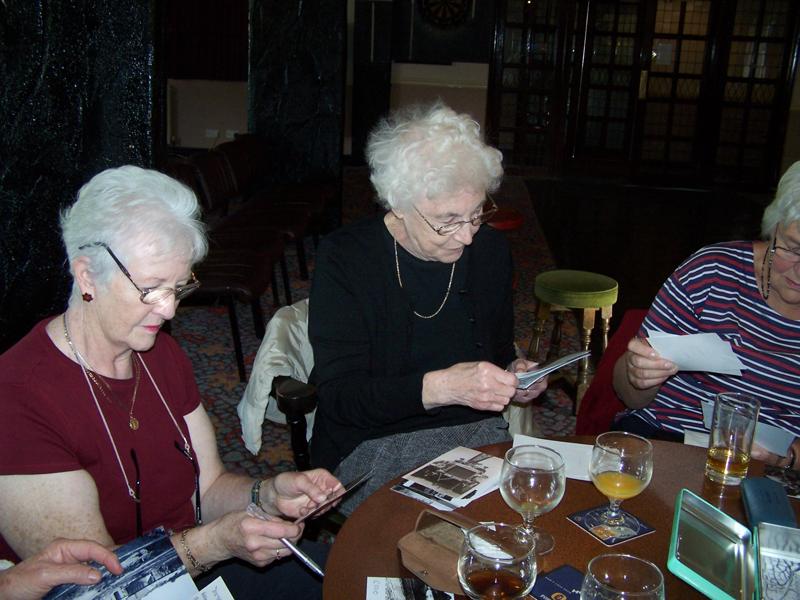 We have to thank the very attractive lady Park Ranger who turned up to make sure we had maps of the heath. Secretly I think that she had a brief to ensure we were not carrying catapults or matches ! Seriously, thank you Dartford Borough Council - whilst we are at it I don't suppose you could also remove the Dartford River Crossing Tolls ?

We will meet again next year but will start off at the Maypole Social Club and hope to put on a little display of photos, artefact's and DVD etc. In fact there is some talk of asking to possibly hire the hall for a whole afternoon where people can just pop in and out as they wish to see any display / meet old friends. We have not approached the Committee yet so that's our little secret ! (I forgot - the internet is not a place for secrets)

So, if you are thinking of coming and you want to show off something from your yesteryear then you had better start sorting out some stuff now to bring and display before short term memory loss kicks in. Keep your eye on the Homepage for up and coming details.

We all had a jolly good time and thanks to all who attended and who brought so much happiness with them. It was shared about in bountiful quantities.


Back to Home Page