This Bible study group was led by the infamous Mr Cook who lived in Baldwyns Park and met every Tuesday in the St. Barnabas Church Hall. Every Sunday morning you would be expected to attend morning service at St Mary`s in the village followed by a prayer meeting in the institute opposite. 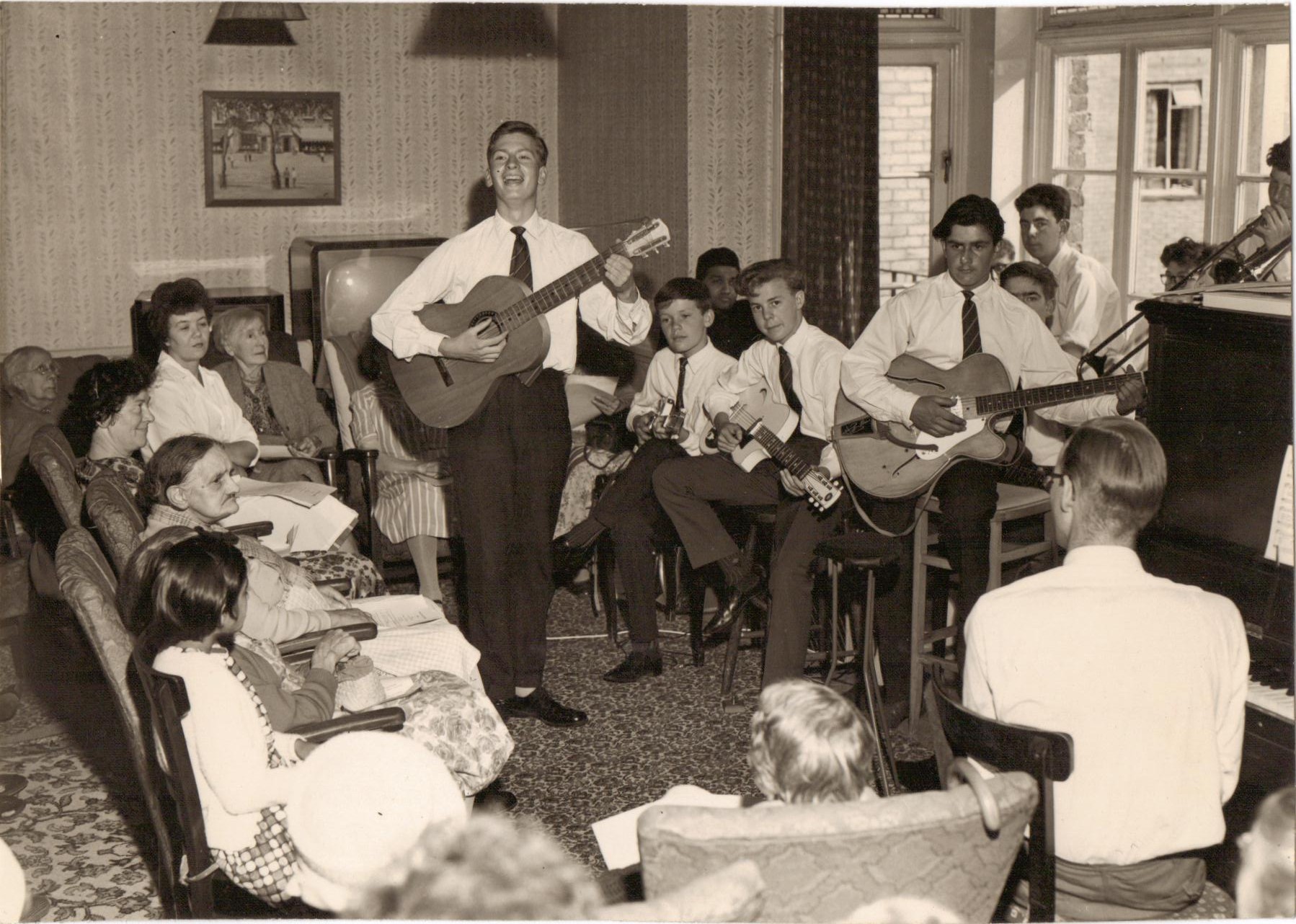 Seated behind him is my good self and next to me is Alan Parnell of Vicarage Road, ex Maypole school.

Standing, holding my old guitar is the late Dave Connelly ex St Mary's bell ringer and to soon become bass player of the Driftbeats !!!! re the photo of their first' booking' at the Maypole Institute 'Hut'.
He lived in one of those cottages opposite the Old Mill in the village where we would rehearse in secret from the Covenantor band !!! now with the ace drummer from Vox,Derek Harris.

Behind him is Eric Hales of Wansent Road and the chap on drums, I can't quite remember although his name is Peter and he was in the St. Mary's choir and next to him seated is Peter Noy who lived in the bungalow at the bottom of Baldwyns Park nearest the shops. 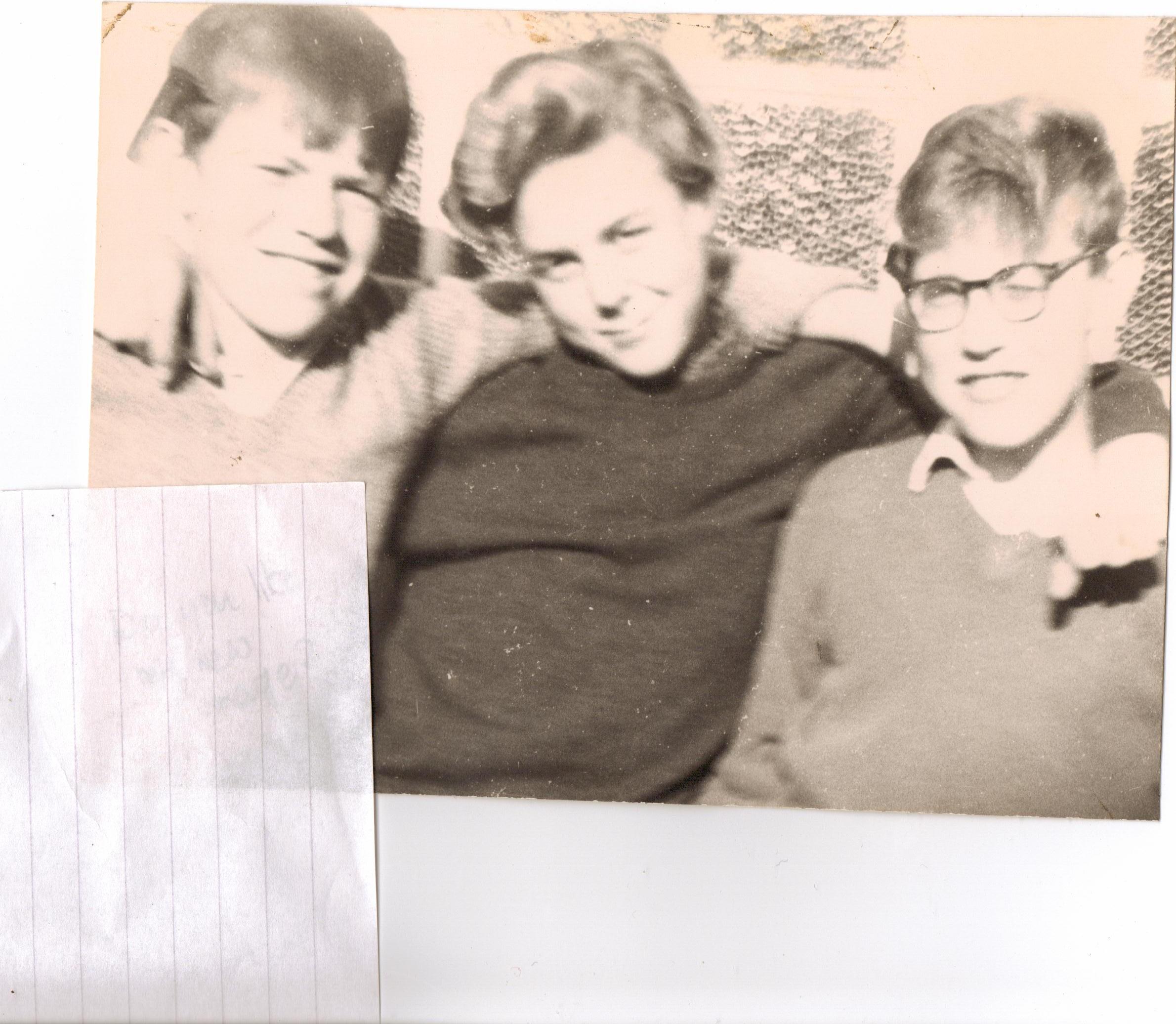 The meetings at St. Barnabas were great fun where playing round the clock darts would revert to .....just that !!! They organised some interesting outings and the ones I remember were – Stratford railway works The Model Railway exhibition at Westminster Hall Cross Country Runs Sports Day at Crystal Palace Athletics Stadium Mr Cook worked in Shell House at London Bridge and would take us to use the swimming pool housed in the basement !!

When Derek Harris was in Hospital following a road accident, old Cookie pinned the covenanter badge to his pyjamas. All in all, We had a fun time and were enlisted into the Covenantor`s beat group which called itself the Messengers !!! We would play gentle occasions such as old peoples homes and the Freemantle Hall in the village, where word would come down from on high, No Girls !! What a laugh we had with this caper, trombone,piano,drums,percussion( a triangle) various guitars and the leader was a chap I remember named Alan Goodall. His brother played the trombone. Well after a while we got fed up with the boys only rule and decided to branch out on our own acquiring the St Mary`s school in Bourne Road for rehearsals together with Alan Parnell`s attic which was heaven with as many girls we could cram in !! 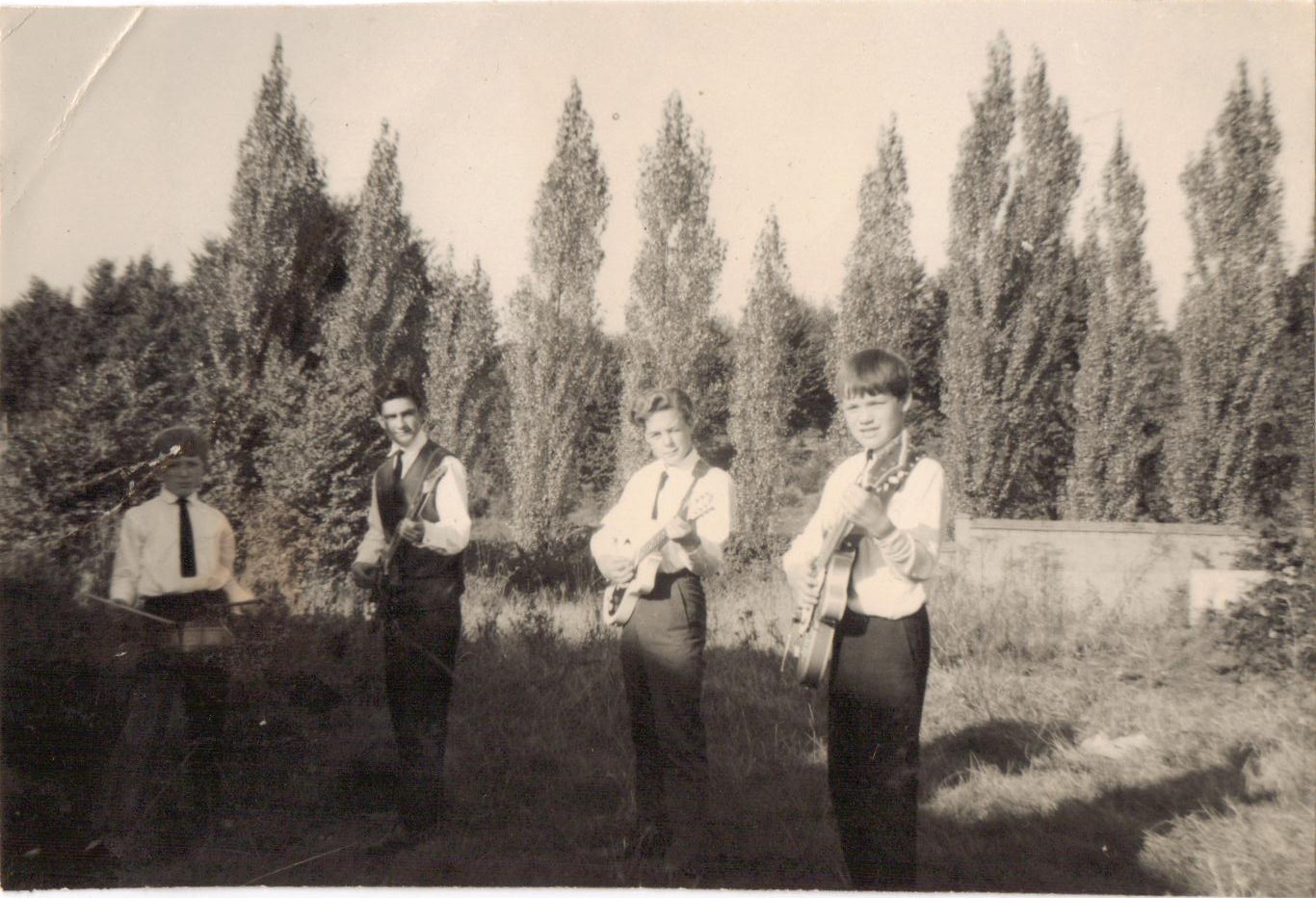 Our first date ! Was a childrens party at the Maypole Institute at the bottom of Baldwyns Road. We charged the lady £5 and my mother declined to comment !! So the group now consisted of Derek Harris on drums whose father would drive us to and fro the better youth club dates. Alan Parnell would be on lead guitar, Dave Connelly on bass who lived in a cottage opposite the old mill in Bexley and sadly got killed on his motor bike. He also was a bell ringer at St Marys`. Which left me on lead vocals and rhythm guitar. We would meet up at Music Land, the Vox shop by Bexleyheath Clock Tower to oggle the latest amps and guitars. Derek Harris worked for Vox so we had a contact on the inside !! he would set up visits to our rehearsals in the attic of people who were in real bands and could point us in the right direction. Our policy now was Girls only, plying a terrific, well worn path from Our Ladies High School on West Hill down to the rehearsal attic at the bottom of Vicarage Road.

We used to play between the films at Dartford Granada where the front rows would be full of Dartford West reprobates who took great delight in throwing things at us !!! So the Bexley Covenantors had done it`s part in starting us out on the band trail that has blighted our lives ever since and been such good fun.