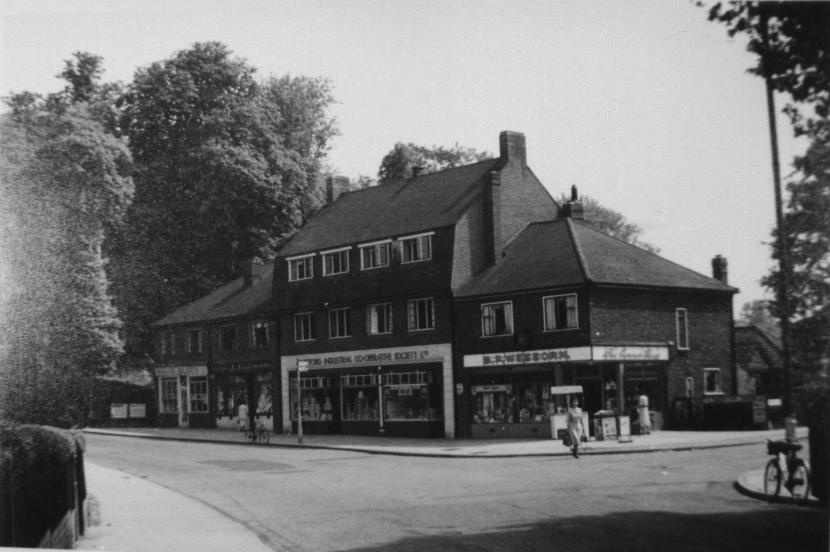 Hi my grandparents Harold and Madeline Elsey owed a Fish and Chip Shop at 1 Dartford Lane, Bexley. Near Sweets the Hairdressers, Chipperfield's and Henderson's. I use to help my beloved grandparents in their shop when I was old enough and loved helping out. I have fond memories of my time there. My grandfather use to deliver to Dorothy Squires and Roger Moore when they were entertaining. I remember my nan said that Rita Loza use to sing I think this was in the 40's/50's apparently she was a very popular singer in her time. I think this was her name! and yes they did have a swimming pool, which must of been unheard of during those times. Again a rarity to have a swimming pool in this day and age let alone in those times. My father Anthony and his brother David use to have a cat called Marmaduke and my dad apparently use to take Marmaduke to the pet show which I believe was a yearly event and he would pick Marmaduke up (who by the way use to weigh a stone! and was a good rat catcher for the shops near by) not brushing him and use to win a prize, I believe money was won and the kids use to tell my grandmother don't let Tony take Marmaduke up to the show again. I believe they won a few times. My grandparents retired in the 70's. My beloved grandfather died when my son was three months old in 1992 and my grandmother died six years ago 2006. The stories that they told my brother and I when we were small and when we were older will always live on. I remember, like yesterday, the excitement of driving from Hampshire to Bexley and driving through the village and going up the hill and going down the dip and seeing my grandparents shop. My grandparents remained in Bexley when they retired. After they retired I use to go and visit the old shop by passing by and remembering the good times, although this is rare now that my grandparents are no longer alive. My grandparents were simply the best!

What wonderful and cherished memories you have and how good of you to share them with us. Elseys, was indeed, a very popular fish and chip shop ! I remember - probably back in 1964-65 my friends and I caught a massive - but very ill looking - pike in the river by the Old Mill in Bexley. We carted it off on our trolley - yes we had old trolleys in those days for fun - and up to your grandparents fish shop, believing it must be worth a lot of money. I believe your grandfather - out of kindness - gave us a couple of bob for our troubles and, no doubt, left it out for the dustman or threw it over the hedge for the foxes. Lovely memories of your grandparents

I laughed about the pike and yes sounds like my grandad. He probably had a big grin on his face and would of told my nan afterwards.

My grandad was such a kind and generous man. My grandad was known as "Sonny" to his family and "Harry the fish!" My dad Anthony (Tony) Elsey died 15 years ago. He attended the Maypole school with his older brother David and his cousins Stephanie and Clive Babiak. If anyone has any old photo's or memories I would be grateful of having any stories/tales. My dad was a bit of a monkey when it came to school. I remember my nan telling me that the school board master came round to the shop and told her that Tony has been bunking off school and my nan wasn't having it (Dad use to go off to school with his sachtel and then go up Baldwyns Park to the woods and play up there until it was time to come home! rascal). My nan even took him to watch the Rocky Horror Show before she found out. Needless to say he got a good ole ticking off and because the headmaster told my dad that he wouldn't become of anything, dad being dad wanting to prove someone wrong, then came head of the year and won a book which the headmaster had to present him which was "King Solomon's mines" - my mum still has it! So needless to say Dad proved the headmaster wrong! I remember going to visit the Chipperfield's a couple of doors away, going round the back and then up to the front door which had a lot of steps going up to the front door. I lived at the shop until I was 3 months old and my parents moved to Andover where my dad had a job and a house, that was in 1966. We would visit my Nan and Grandad often and would have picnics in the back yard of the shop with our ice creams and jelly. My grandad also worked for Vickers in Crayford and was a Seargent and gun instructor in the Army (Peace time) and also worked at Enfield Lock.


From Stuart Grieve - The singer was Lita Roza, who used to sing with the Ted Heath band.