Recently discovered records (courtesy of Gary O'Connor - 'Maypole Born') show that Ivy Villas - those 6 houses between the Old Post Office situated at the junction with Beaconsfield Road and the first original shop premises - were amongst the first houses to be built. Plans on a lease dated 1897 show the villas in place, and around them the 'proposed roads' of Baldwyns and Beaconsfield. Old Bexley Lane is shown as Dartford Lane - the name of the road changed later.

On the land on the other side of Ivy Villas (Bexley Side - West), four shops were built. These were called 20, 21, 22, 23 Park View, Dartford Lane later of Old bexley Lane. 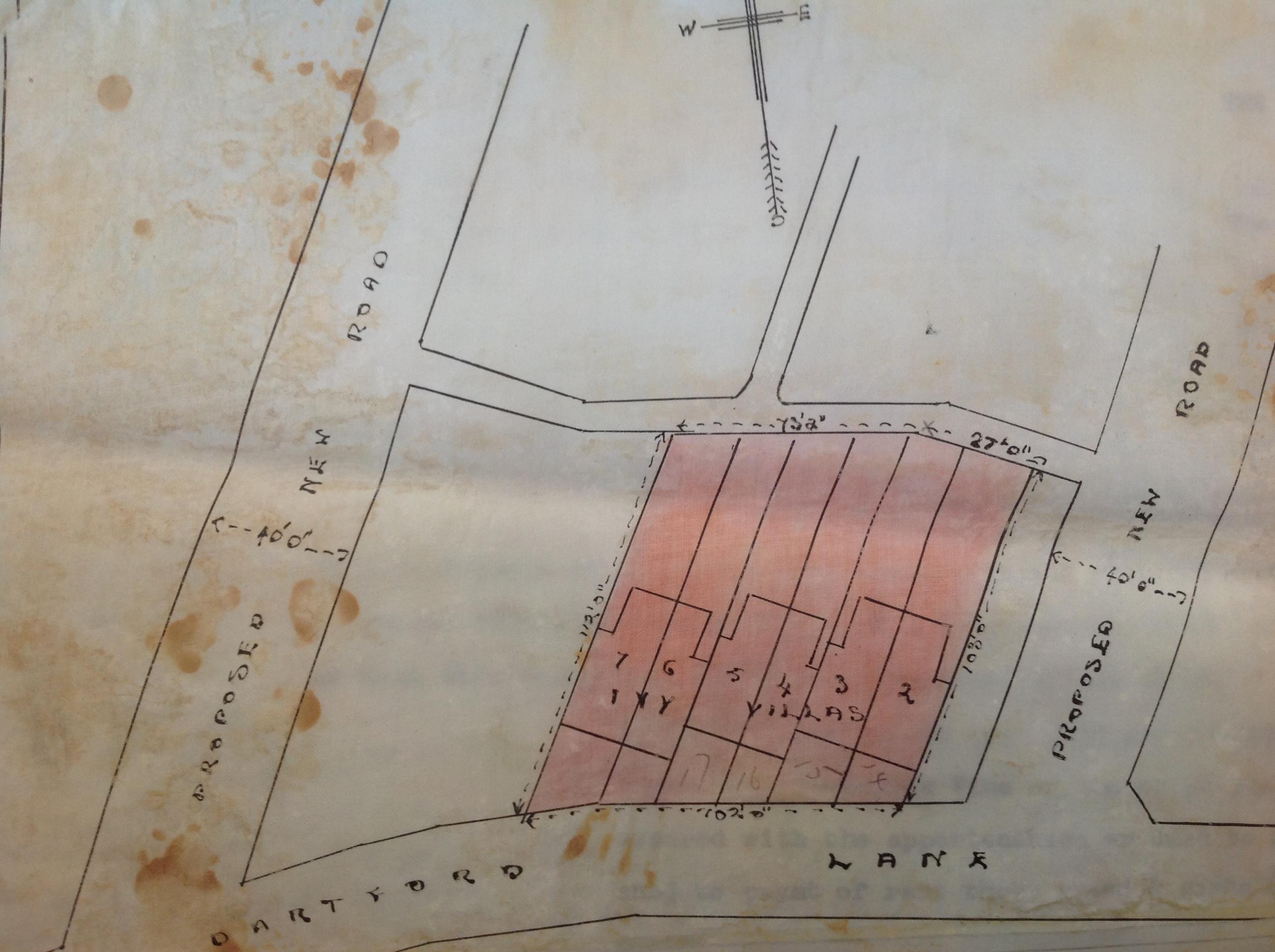 A lease dated 11th August 1897 showed that the 6 premises - referred to as 2, 3, 4, 5, 6 and 7 Ivy Villas - were leased to Frederick Vine from the freeholders, Edwin Jennings and Frank Fell for a period of 99 years. Frederick Vine was described as a Builder from 3 Milton Villas, Carnarvan Road, South Woodford, Essex. He eventually owned / ran the Post Office for something like 50 years from the date of first construction. 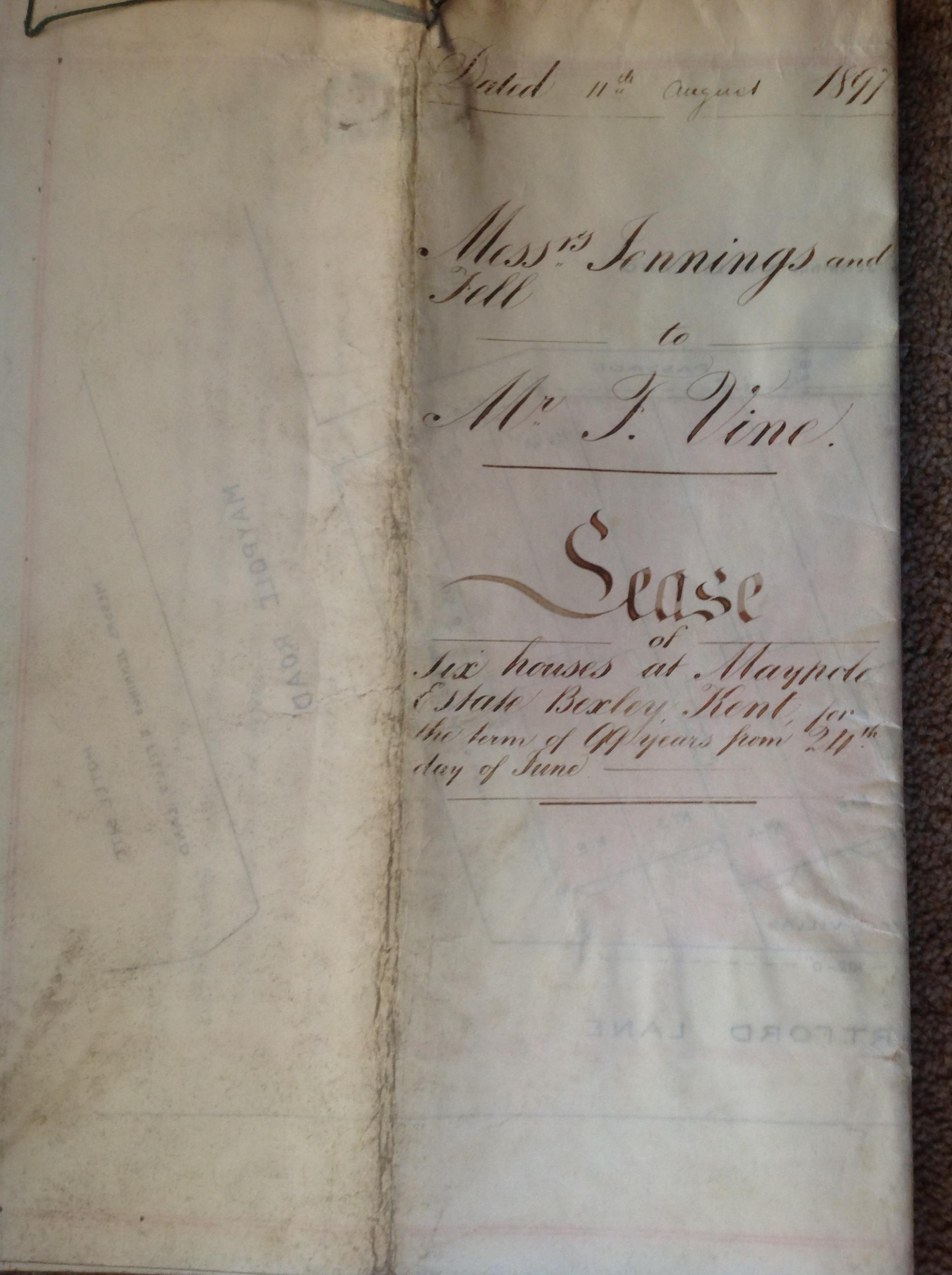 A Conveyance dated 23rd September 1897 then shows that the properties as described above were subject of transfer from Jennings and Fell to J Billington Booth Esq of Preston, Lancashire - a Justice of the Peace. It would seem that, for some considerable time, the freehold of all 6 properties 'en bloc' - and subsequent leasing - remained in place for several decades, all belonging to one freeholder or another. 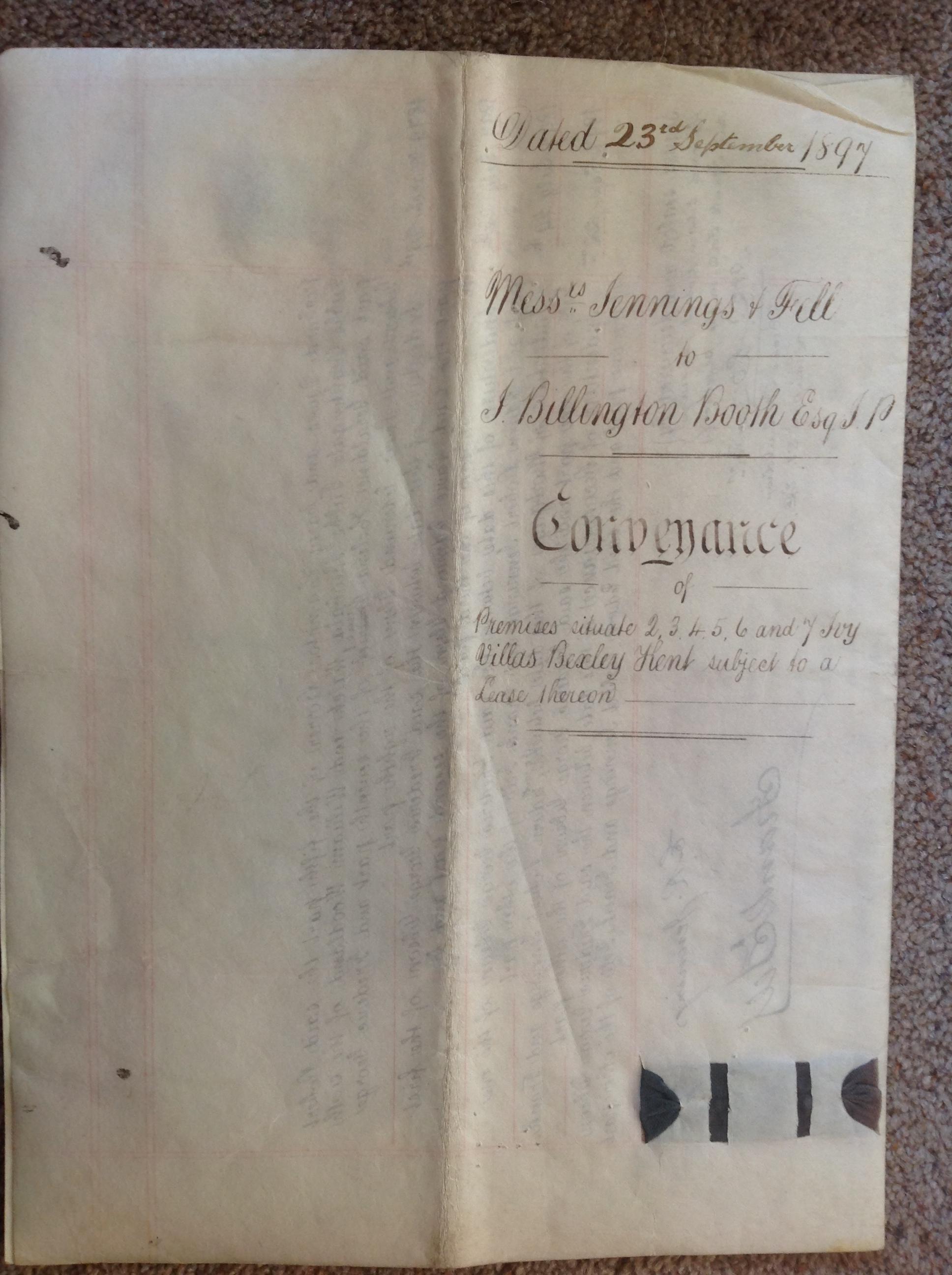 So, the numbering of Old Bexley Lane (Dartford Lane) in 1897 was 2, 3, 4, 5, 6 and 7 Ivy Villas. The Post Office was not shown on the plan and the margin of land between 2 Ivy Villas and Beaconsfield Road was just shown as 'Jennings and Fells land'. No building was shown or described. This land, presumably, was going to be called 1 Ivy Villas, as the Villas started at No.2 - why 2 ? On the opposite side of Beaconsfield Road was a piece of land described as the 'site of a proposed Hotel'. Heaven knows what this was going to be numbered or named as - eventually it became a shop adjoining the land set aside for the first Maypole School. The idea of a hotel was dropped.

At some stage later the houses referred to as 'Ivy Villas' then became part of Old Bexley Lane - then being numbered 14, 15, 16, 17, 18 and 19 Old Bexley Lane. It is a mystery as to where the preceding numbered properties were or where they were believed to be or proposed to be. Just to add more confusion, the Mental Asylum was generally known as 1 Old Bexley Lane.

Later documents dated 1955 and 1958 show that the 'en bloc' status of the 6 properties had by then fallen into singular ownership and had become quite separate to each other.