The map by HASTED dated 1778 shows the site of Maypole House as being developed. The house was originally situated to the west of Denton Road, behind the current ROLEX watch complex and on land occupied by what is now Portman Close. The lands once formed part of the Baldwyns Estate. The Census of 1841 does not refer to Maypole Farm or House - it is fairly certain, however, that this is an inadequacy in the records themselves. The Census of 1861 shows the site had three separate occupancies.
Site of Maypole House 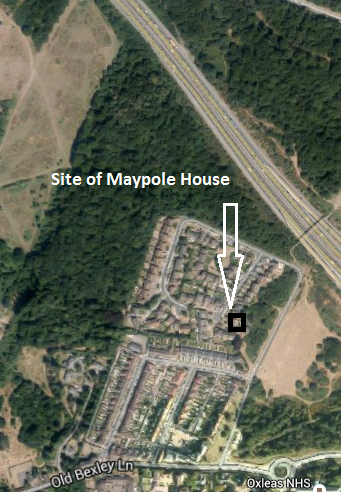 (Jan 2014 - Recent information about the Winter family and flying trophy connections - click here)
The map by HASTED dated 1778 shows the site of Maypole House as being developed. The house was originally situated to the west of Denton Road, behind the current ROLEX watch complex and on land occupied by what is now Portman Close. The lands once formed part of the Baldwyns Estate. The Census of 1841 does not refer to Maypole Farm or House - it is fairly certain, however, that this is an inadequacy in the records themselves. The Census of 1861 shows the site had three separate occupancies.
Site of Maypole House 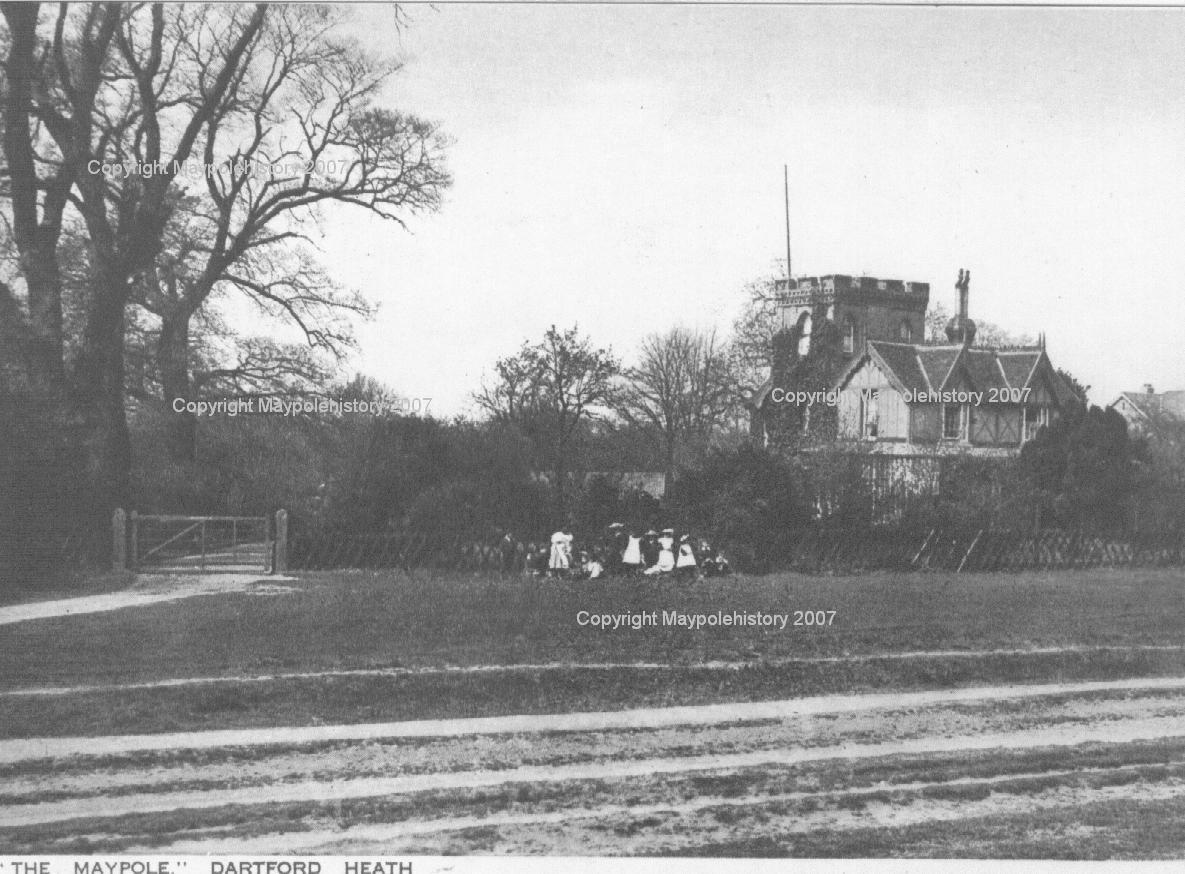 Maypole House from Denton Road (Unmade track) in Edwardian times.
The road was sometimes named as the 'cinder road' as craters were sometimes filled with the ashes / clinkers from the hearths. 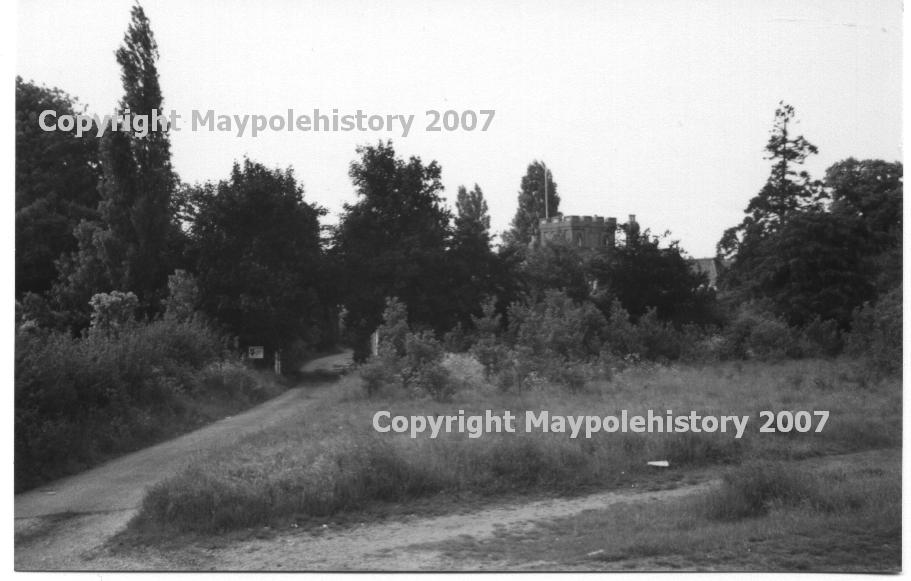 same location 60 yrs on and just prior to demolition c1982 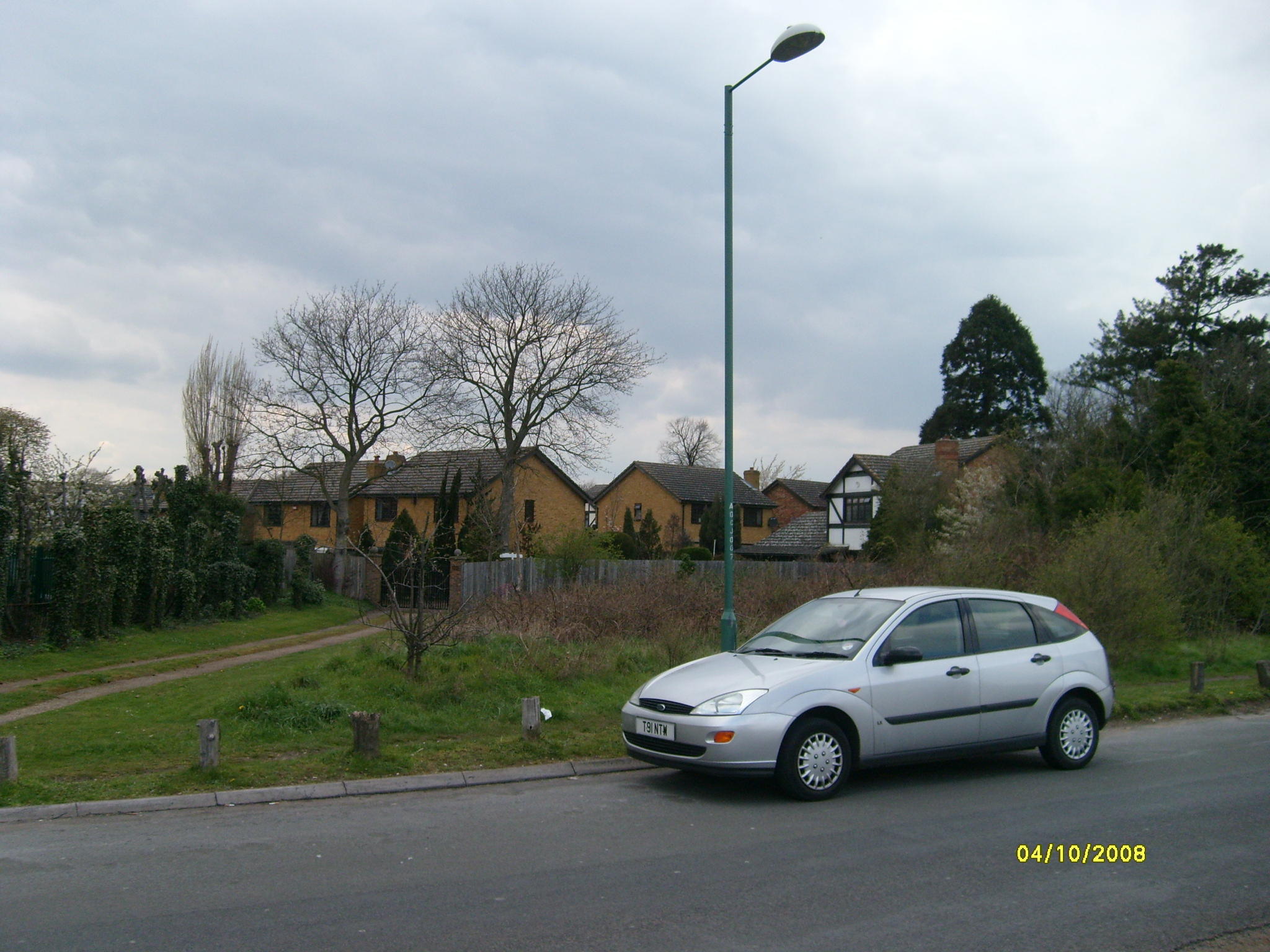 The Census of 1861 shows the site had three separate occupancies. See below 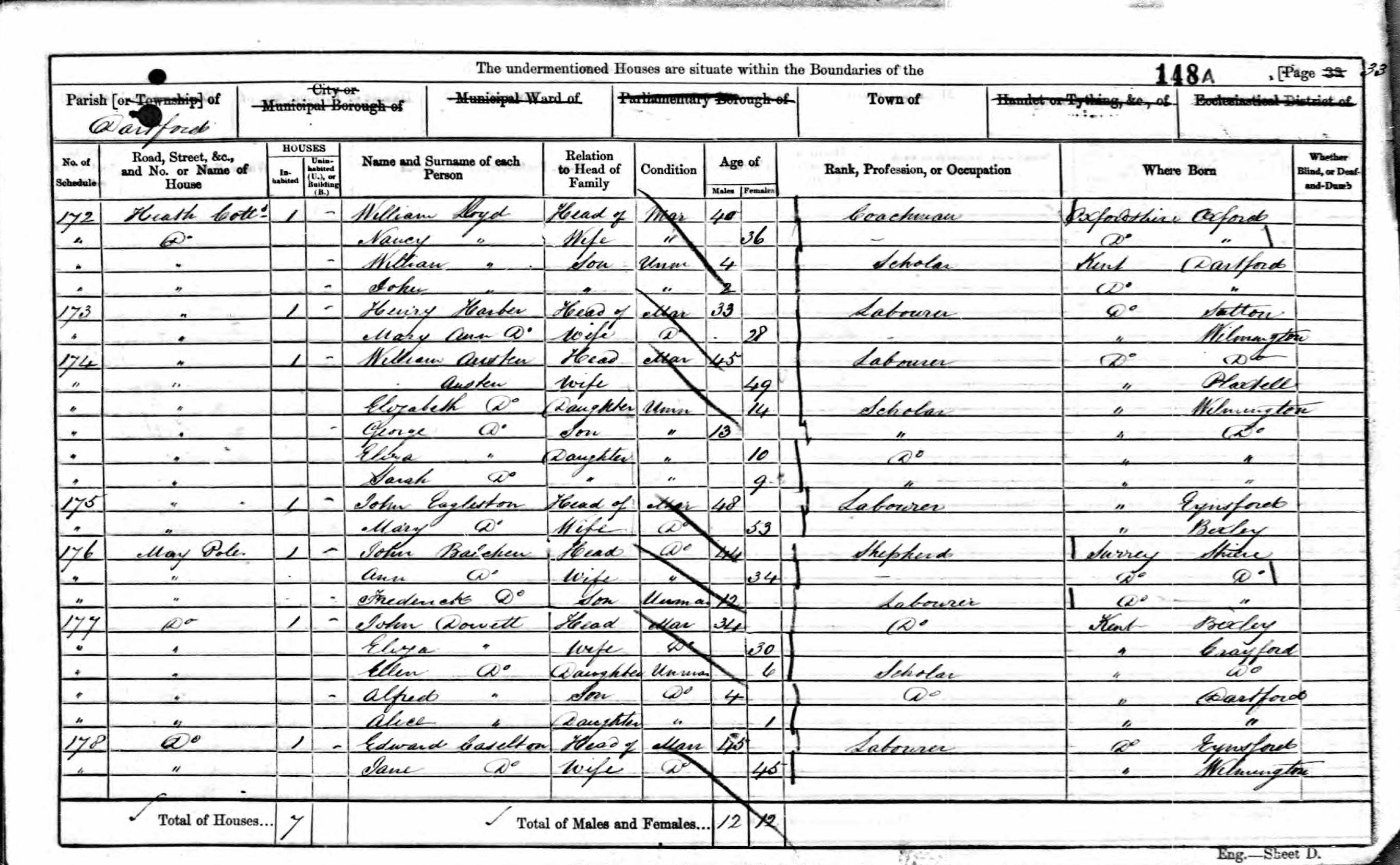 Maypole (2) The occupant and head of the family at Maypole (2) is shown as being John DOWETH aged 34 years, a labourer. He was married to Eliza aged 30 years. They had three children; Ellen aged 6 years, Alfred aged 4 years and Alice aged 1 year.

Maypole (3)
The occupant and head of the family at Maypole (3) is shown as being John CASELTON aged 45 years, a labourer. His wife was Jane and she was also aged 45 years. They had four children; Edward aged 13 years, Ellen aged 8 years, Sarah aged 3 years and William aged 10 months.


The O.S. map of 1869 also shows the site developed. The house is shown as being within an area of cultivated land bordered by what is now Heathend Road to the south, The Dell to the north, Denton Road to the east and the stream at the bottom of the allotments of Coldblow to the west.

The pamphlet advertising the sale of Baldwyns Manor by auction on Friday May 26th 1876 at two o'clock shows lot two as 'Maypole Farm' and as being one of the three lots comprising the whole. It describes Maypole Farm as 'A very Attractive Little Freehold Property'. It comprised 'A compact dwelling house' (Occupied by the bailiff, containing five rooms with garden) It was advertised as having 'Extensive frontage to the High Road' (Dartford Lane - latterly Old Bexley Lane). It was also advertised as 'A beautiful site for the erection of a residence'. It contained 52 Acres and Twenty Perches. Within that land were 'Bank Orchard Field, Walkers Wood, Hilly Field, Fruit Plantation, Two Cottages (One on two tenements and Gardens) Lodge and Broomfields and House and Garden' The successful sale of the complete Baldwyns Manor estate took place a couple of years later and the original lands once forming the Manor complete were broken up. Baldwyns Park proper was sold to the L.C.C. for the Asylum.


The other lands (Rowhill Wood and Rowhill Field and Maypole Farm) were sold to separate buyers. Developers were around in those days, too ! The Census of 1881 refers to Maypole House and shows the head occupant as being Edwin BALDWIN - a herbalist farmer of 25 acres and aged 38 years and married to Ida aged 32 years. They had four children; Edwin Jnr. aged 3 years, Percy aged 2 years, Ida Jnr. aged one year and Florence aged 4 months . The census shows that Edwin BALDWIN employed 3 men and two boys. Sleeping at the abode on the night of the census were also members of his wifes family; Henry and Alice AULEN and their daughter, Iris, aged 1 year.

The above paragraph indicates that the lands of Maypole Farm (House) were only half the size of those mentioned in the 1874 pamphlet of Auction. This may indicate that the area of Walkers Wood may have been sold off to other owners and this is where Heathwood Lodge was to be built. The Census of 1891 shows that Maypole House was under new management. Mary ALEXANDER now lived in Maypole House. She was shown as a widow aged 56 years and 'Living on her own means'. She employed Alfred JENNER aged 60 years as her General Groom and Alice STACEY aged 20 years, and single, as her General Domestic. The following are cited as living there in the 1891 Census -
The Heath. Maypole Cottage.
WARDEN. James. Wid.72. Market Gardener.B.Kent.Eynesford.
Rosina.Dau.36.B.Kent.Wilmington.
Alice.Dau.29.B.Kent.Wilmington
The Heath. Maypole House.
ALEXANDER. Mary.Single. 36.Living on own means.B.Kent.Bromley
Alfred JENNER. M. 60. Gardener & Groom.B.Sussex.Battle.
Alice S.STACEY. Single.20.Gen Serv.B.Dartford.


The next occupant for the House is shown in KELLYs Directory of 1911 as being Alan George FINCH. Following him in the same directory was Charles KNIGHT who is shown as living there in 1918. Vera KNIGHT was known to the late Winnie BLACKMAN as being a lady who 'Rode horses on Dartford Heath'. Kelly's Directory of 1927 shows that a Mrs WAKEMAN resided at the house. The Maypole School Register ( MSR ) of 1928 shows that Ida NORMAN aged 5 years attended and lived at Maypole House. Her guardian was shown as being Mrs NORMAN. Normally the father is always shown as being the guardian in the register and it is not so in this case. Therefore it is possible that Mrs NORMAN would have been staff at the house.
1911 Census 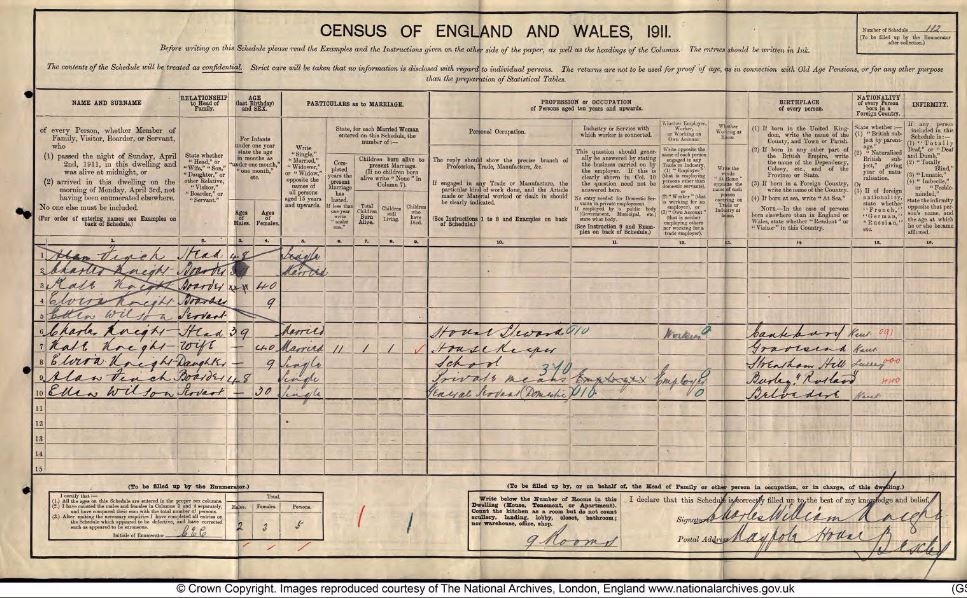 The MSR of 1939 shows that three BROOKE children attended and lived at Maypole House. Their father is shown as being Kenneth. Their last school is recorded as being Hollinsend at Sheffield. The children remained at the school for only two months before leaving the district. Presumably their father was also staff.

The Voters Register ( VR ) of 1937 shows the new occupiers as being Constance, Harold and Richard WINTER. This family was to remain there for nearly 50 years until the house and lands were eventually sold for development c 1982. The same VR of 1937 shows that Sidney and Elsie WARR resided in the Coach House at Maypole House. The MSR of 1940 shows that John WARR aged 5 years attended the school and that his father was Sidney. The address is confirmed as being the same.


Also shown in the same VR as living at Maypole House was a Robert Ernest CAMERON. (Any connection with BROOMHILLS ?) The WINTER family were responsible for selling part of their land (formerly known as the Daisy Meadow) bordering with Heathend Road - for housing the ROLEX watch development. It has been reported that there were two sad deaths in the WINTER family whilst they lived at Maypole House. I have not confirmed either as being absolute fact but both were subject of local talk at the time. In c1970 Mr Richard WINTER (Snr) was found dead in the grounds. He had been the subject of a tragic shooting incident. No other persons were reported to have been involved. An Obituary appeared in 1970 where he was shown as Managing Director of the Rolex Watch Co. Ltd.
The other death was in the previous decade. It is recorded that that one of his sons (Michael John Winter) was subject of another tragic accident at a party. It is recorded (unconfirmed source) that death 'was by his own hand' and location given was 127 Upton Road, Bexeyheath 16th May 1965 aged 17 yrs. Below is an extract from Public Records - Index of Wills and Probate.

Memories of the House by a family member are also contained in a sub-page - click here. 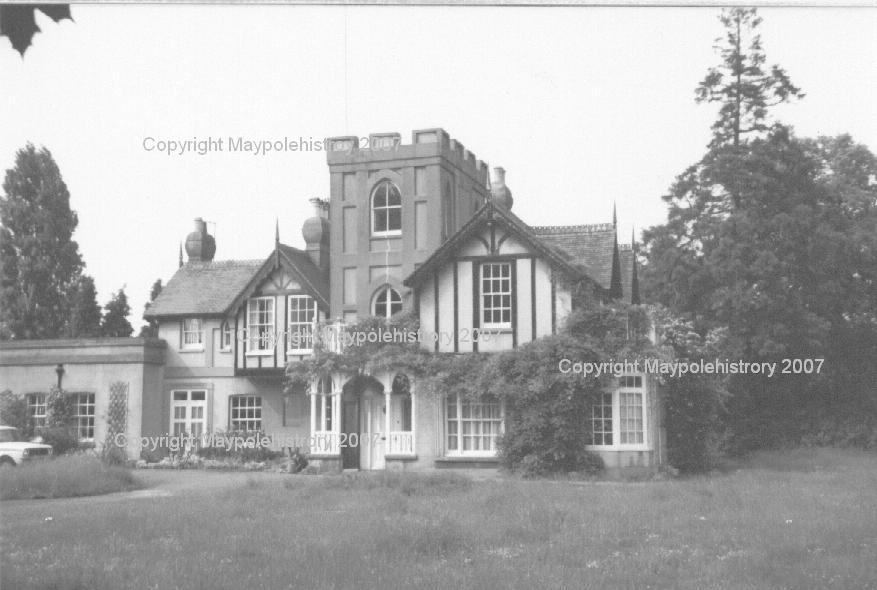 Maypole House prior to demolition c1982 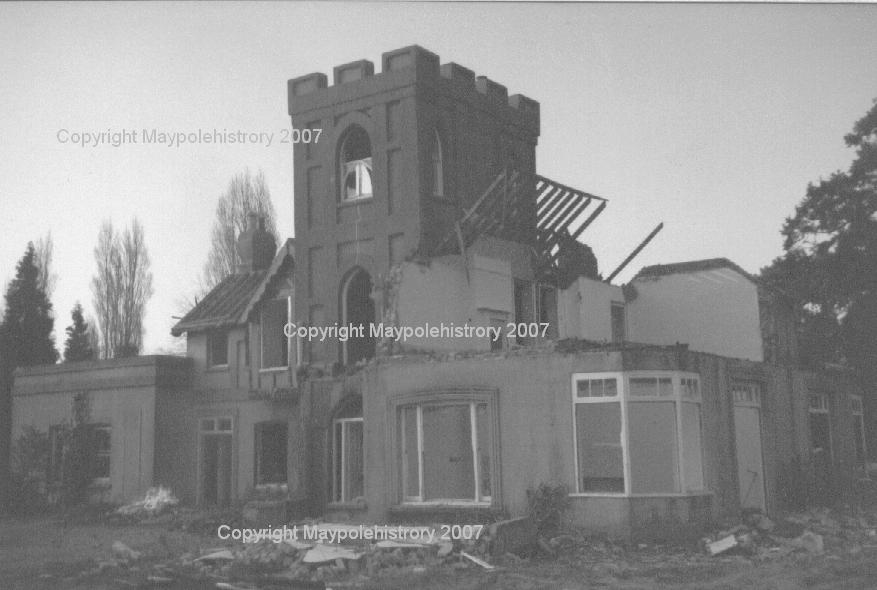 The below photos have been sent in by Richard Wight - who has recovered and lovingly restored orignal items from Maypole House and now has them in his own - bringing history back to life ! 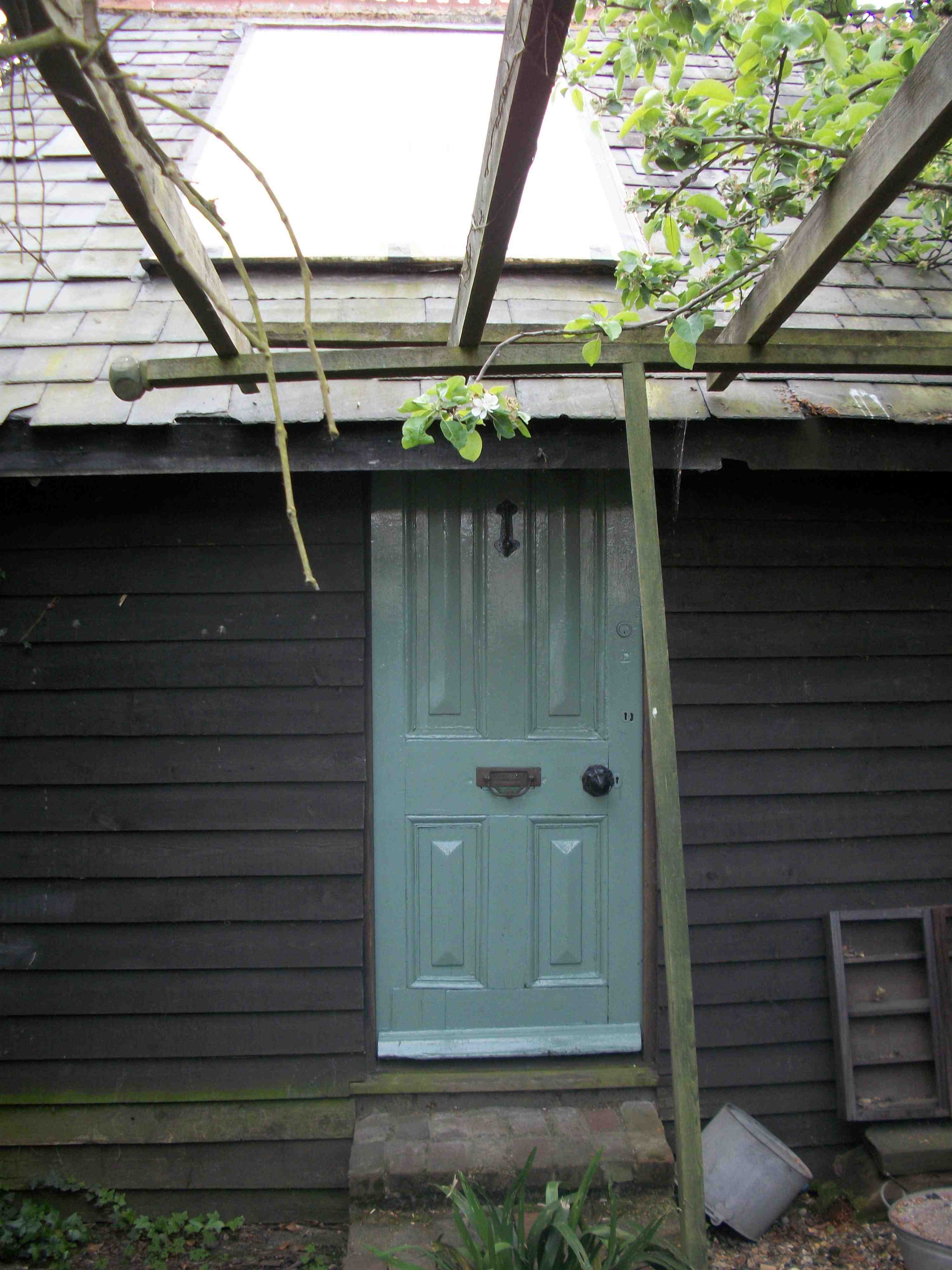 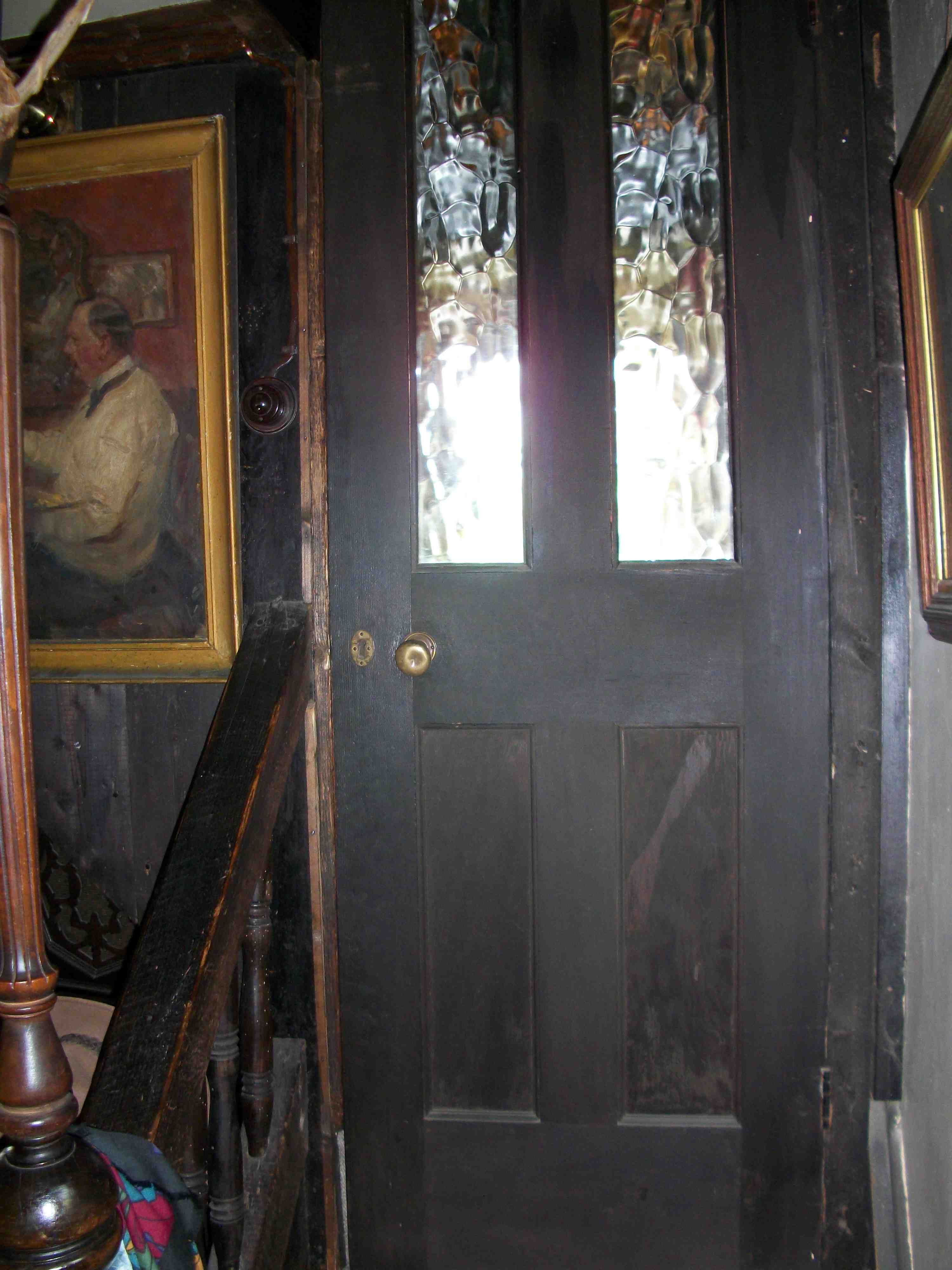 Below - an outbuilding door rescued from Maypole House demolition day !! 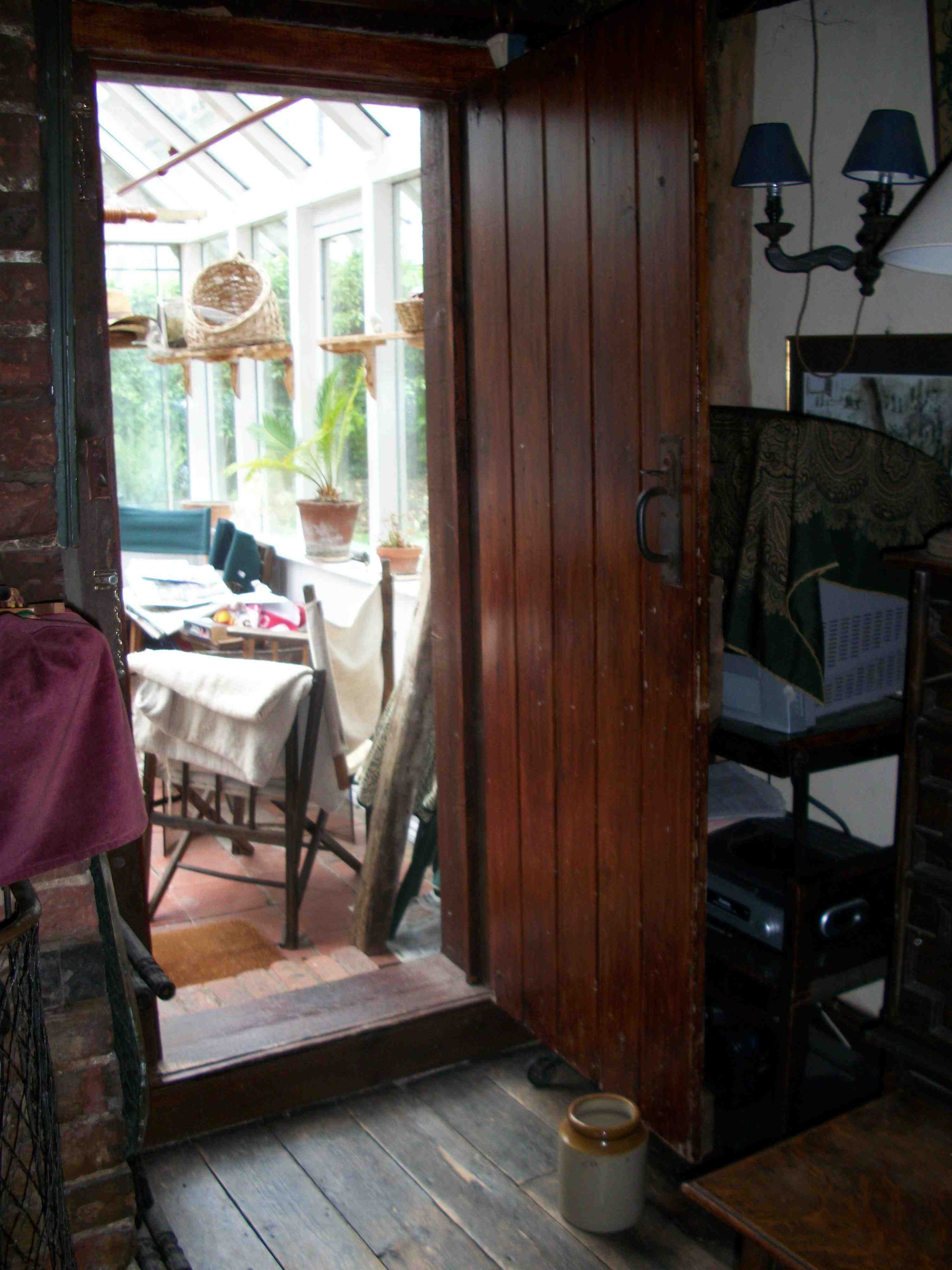 Below - an original 'Bakolite' light switch from Maypole House 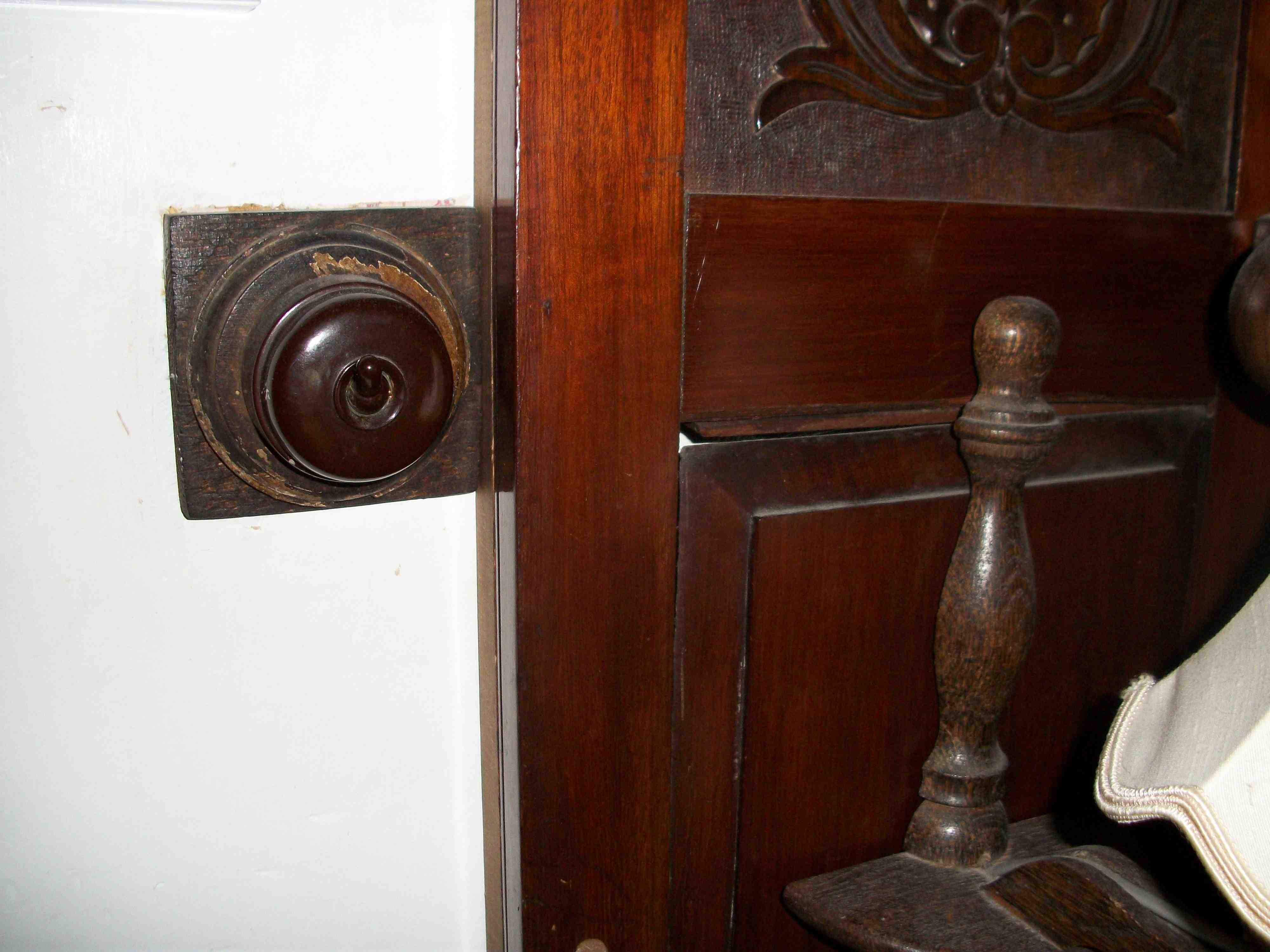 Below brackets that supported the cloakroom basin at Maypole House, now supporting the Kitchen shelf over Rayburn. 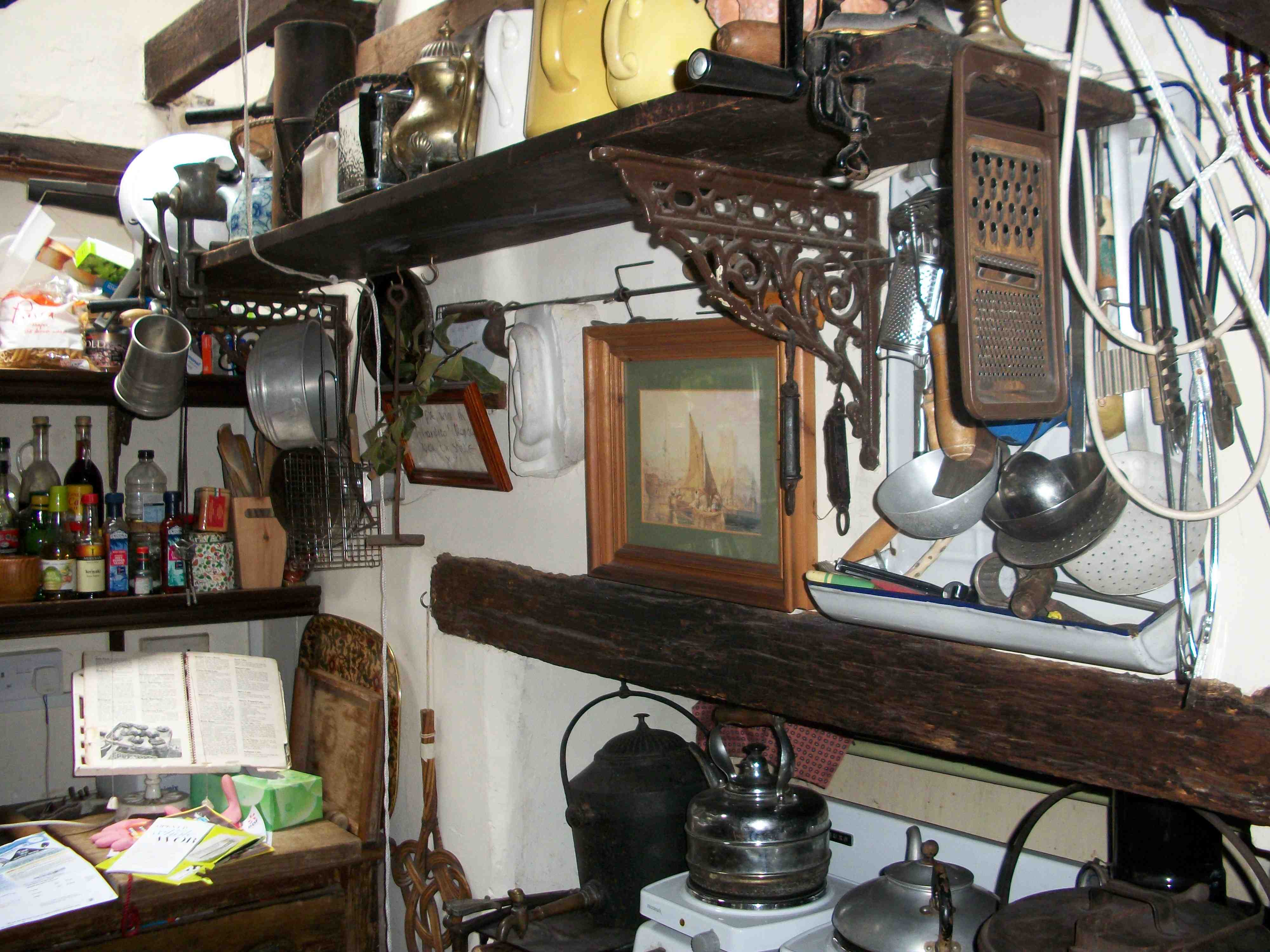