I taught at the Maypole School from January 1960 to December 1962 for two very happy years, both in my personal life and in my career. We were a happy staff, nearly all under 30 years of age, led by Mrs Hilda Chambers, an able and modern head for that time.


The school was bursting at the seems and so I spent one year in “The hut”, a structure at the end of Heath End Road. The building is still there but in a much altered state. Then it consisted of one long room with a tiny kitchen at the rear, accessed by teo or three steps. This area also housed an ancient toilet used by staff and children. The entire building was in a poor state of repair and I arrived back after Easter break to find a gaping hole in the roof and debris all around my desk and the only cupboard covered in plaster and dust. All the exercise books inside were in a dreadful state so for a few days we were forced to use cloakrooms in the main school as classrooms, moving into any vacant rooms when those children were doing P.E. in the playground. We were just relieved that the event happened when the children were on holiday.
There was no playground so break times were spent alongside the hut on a strip of rough ground, the only toilet being round the back. I made a pot of tea each afternoon playtime (before the days of tea bags) and the children took it in turns to empty the tea pot on the ground outside. At home time one day a particularly precise little girl went to put on her hat and ended up with the tea leaves in her hair. The monitor had emptied the pot in her hat !


On Friday afternoons the Juniors split into groups, regardless of age, for a club of their own choosing. I ran the Drama group and, on one occasion, needed to move a piano for extra space. There was a momentous crash as the piano tipped over ! People appeared from every corner of the school in dismay but the children in the seemed unperturbed. The consequences could have been disastrous but the only outcome was that someone came form the office in Dartford to inspect the piano and me. They decided that the cause of the accident was an uneven floor. Someone of my stature could not have pushed the piano over in normal circumstances. As far as I know that was the end of the matter ! How would Health and Safety have dealt with that today ?


During the last year I have met up with former pupils from that time, and read the school report I wrote about him over fifty years ago. He showed me a picture he still has, that he painted whilst in my class. He went to become a successful artits so I feel very proud to have taught him.


As a staff we socialised, meeting up at concerts and at end of term parties held at Mrs Chambers’ cottage. Today, I am still in contact with some of those members of staff and although education has changed so much, we had some basic aspirations then, as teachers do today - to create a happy atmosphere where every child was given the opportunity to realise his / her full potential 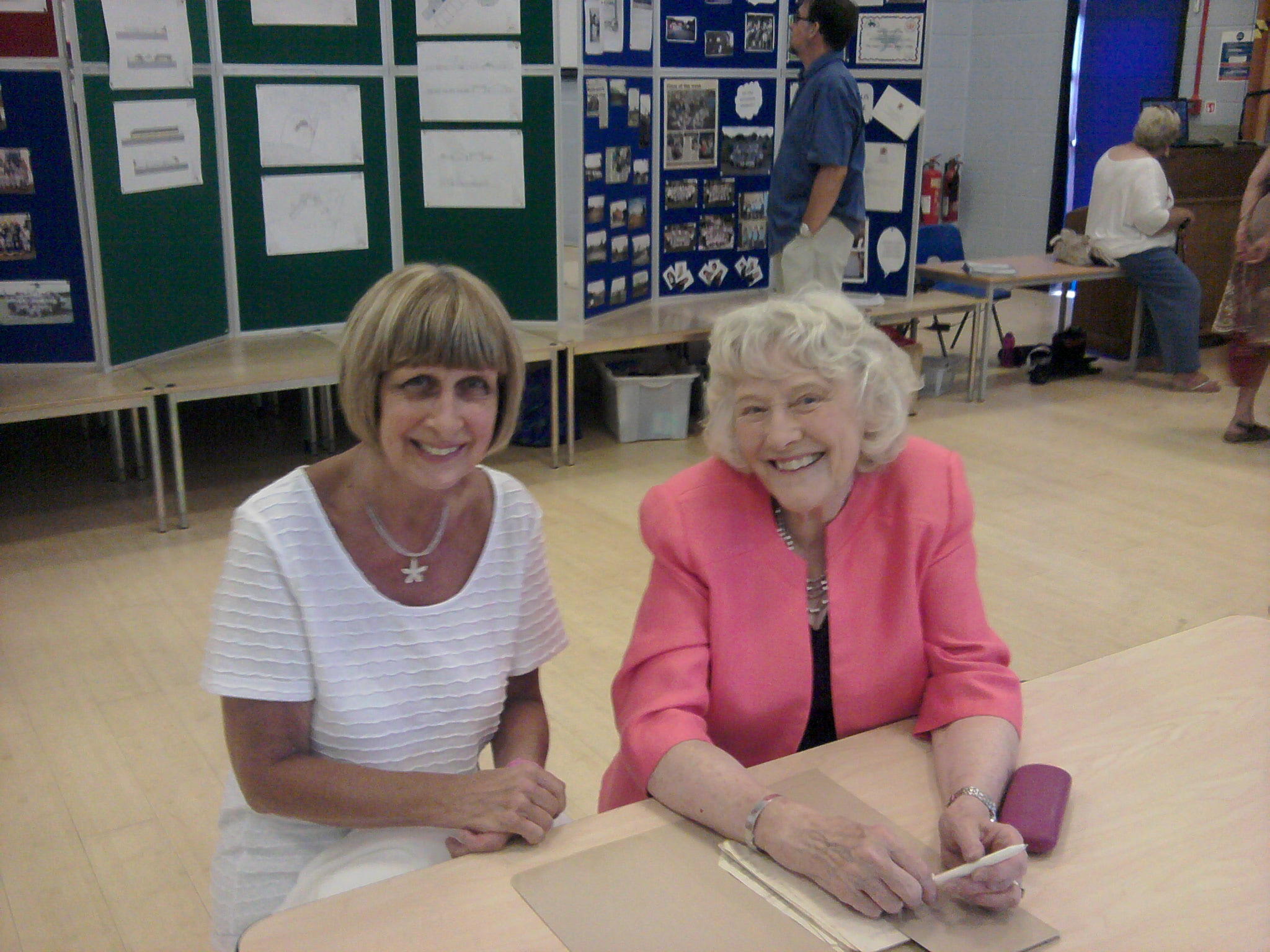 Below - two letters sent from members of Mary's class when the news broke as to the birth of her daughter. First one from Kim Button and the second from Ann Martin. 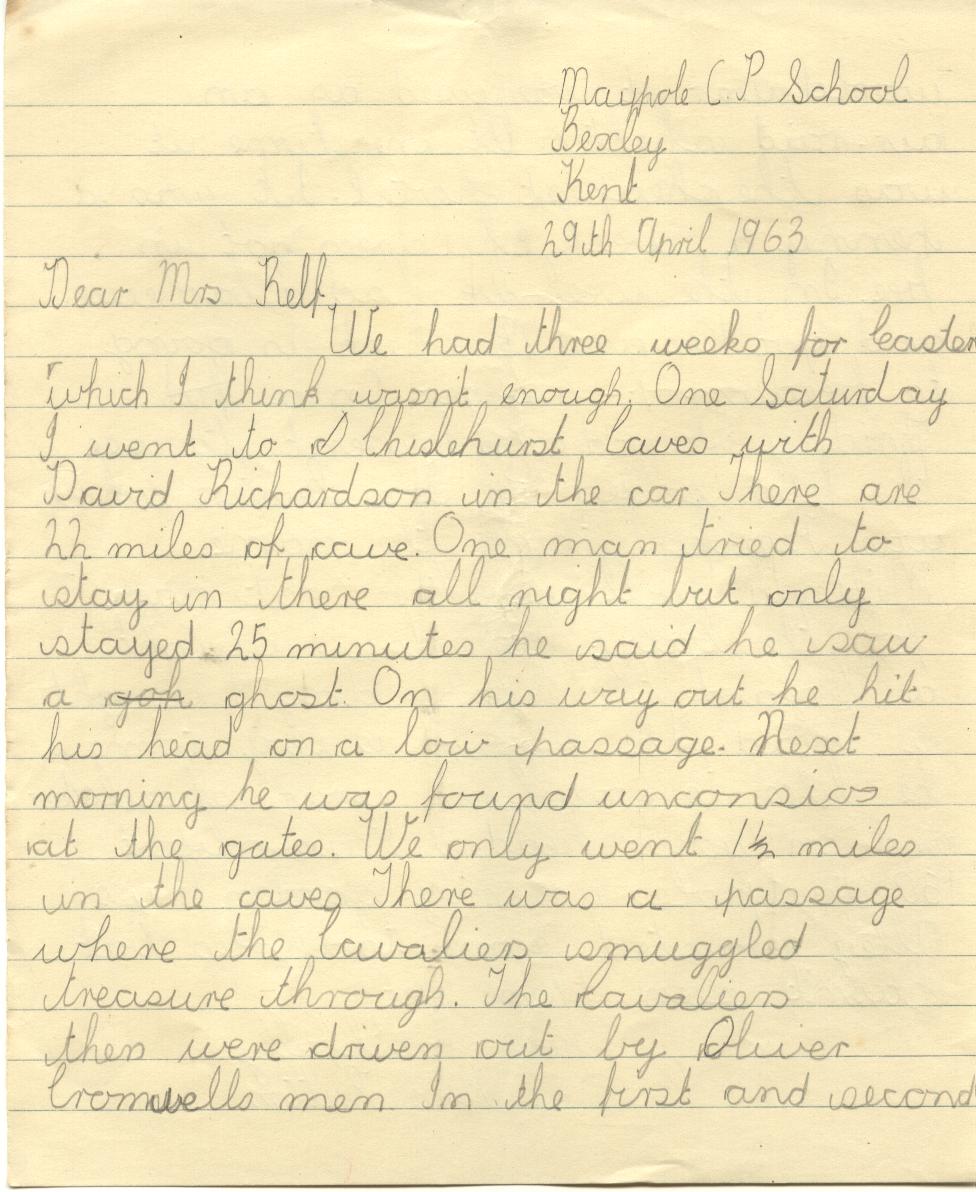 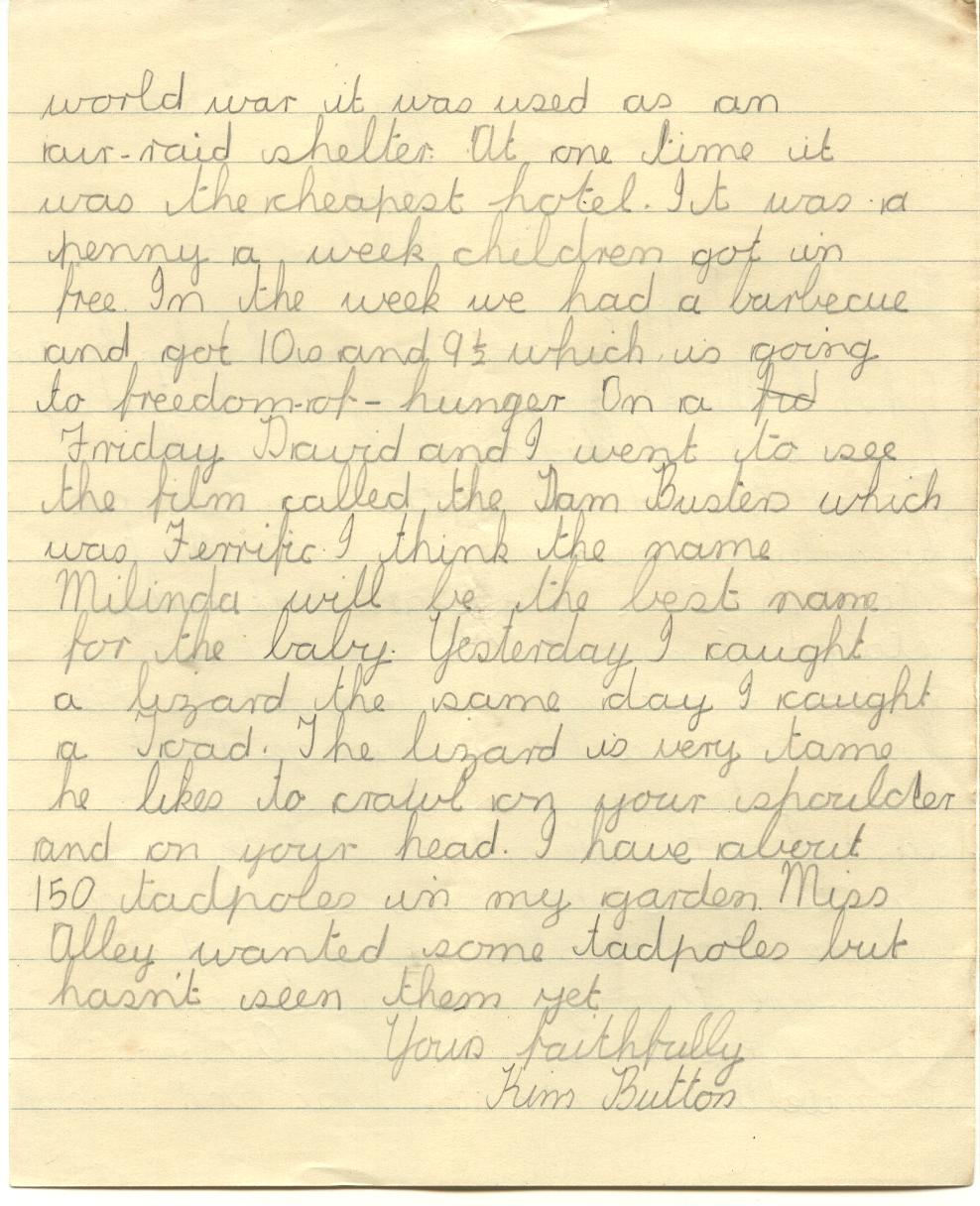 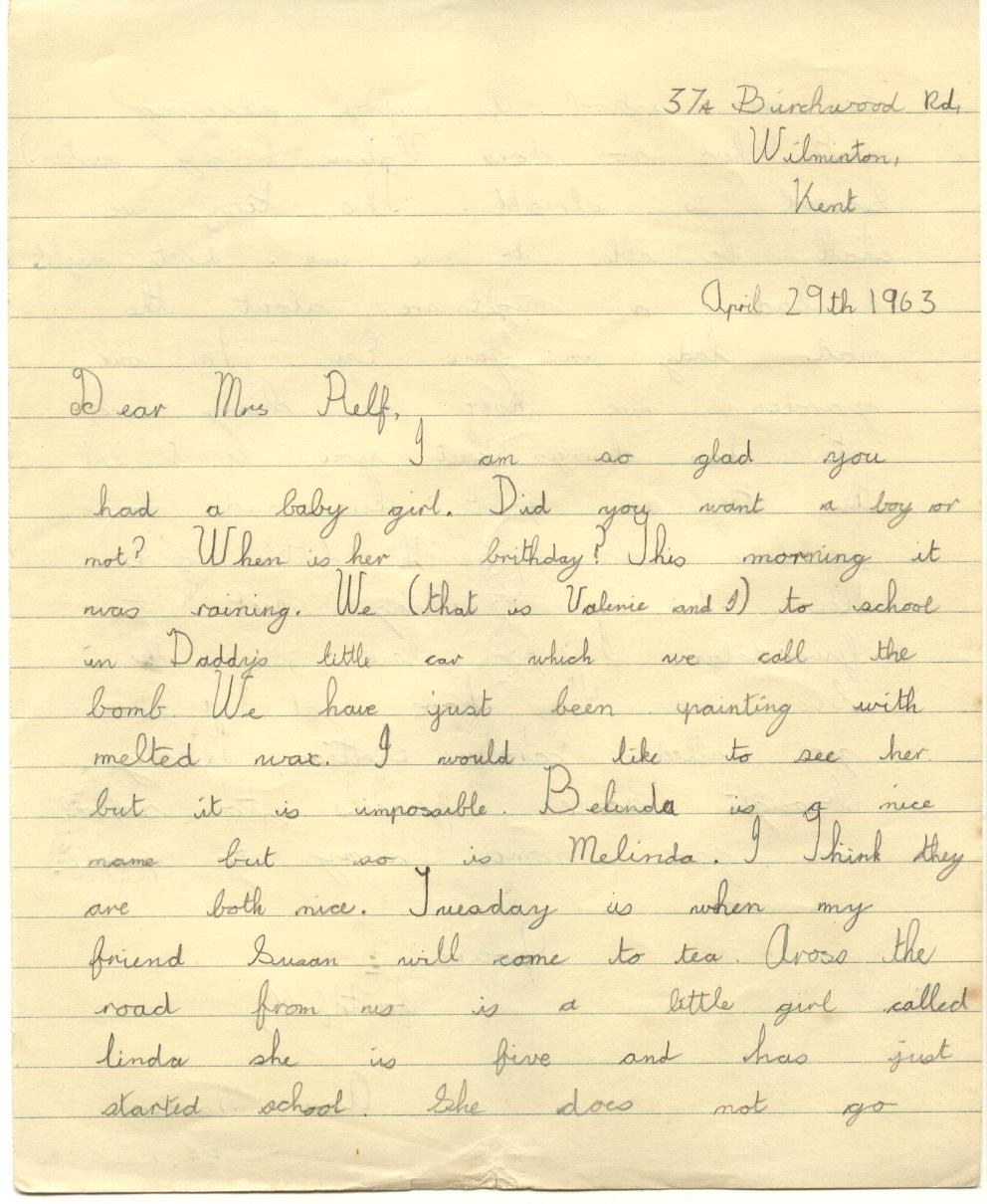 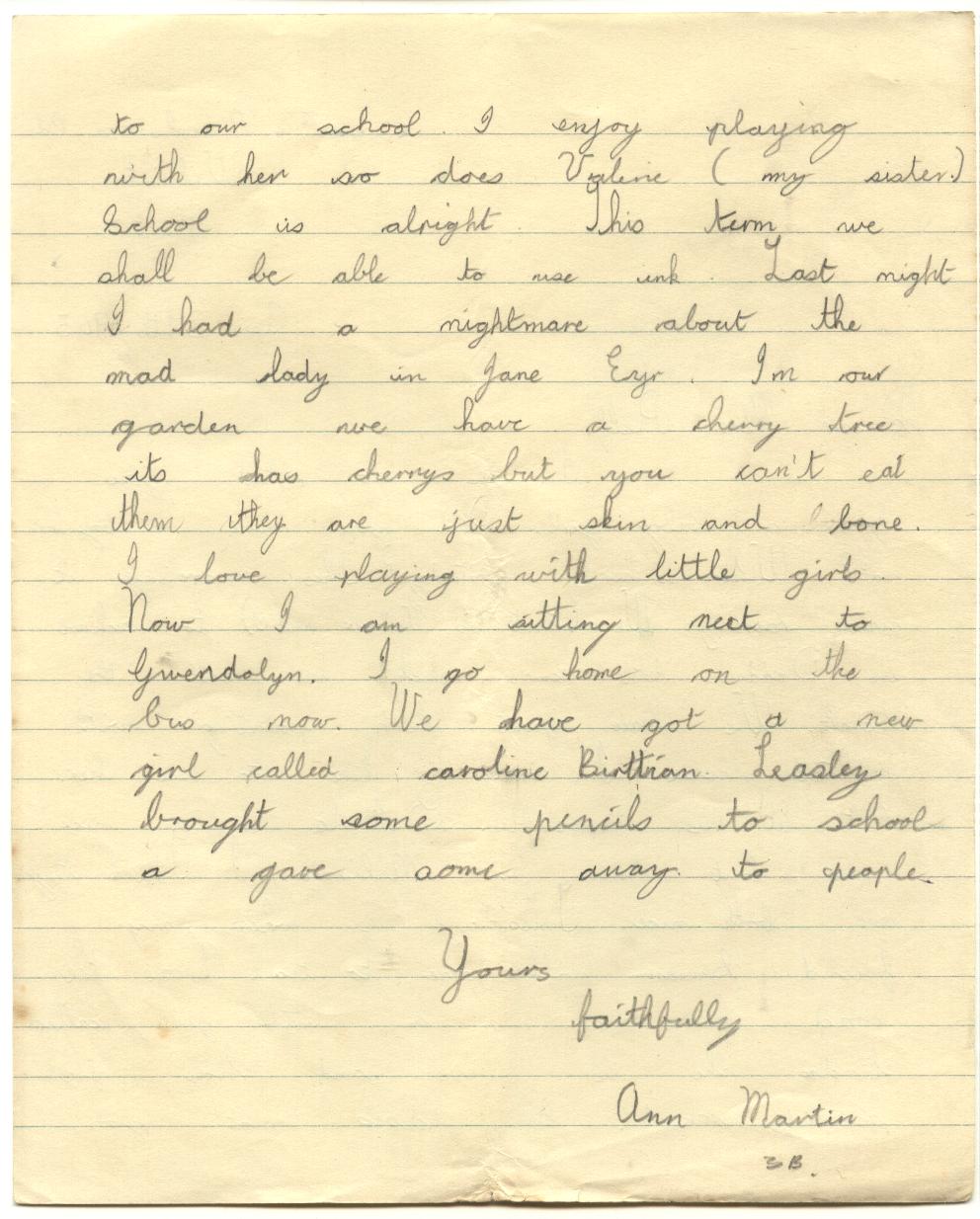