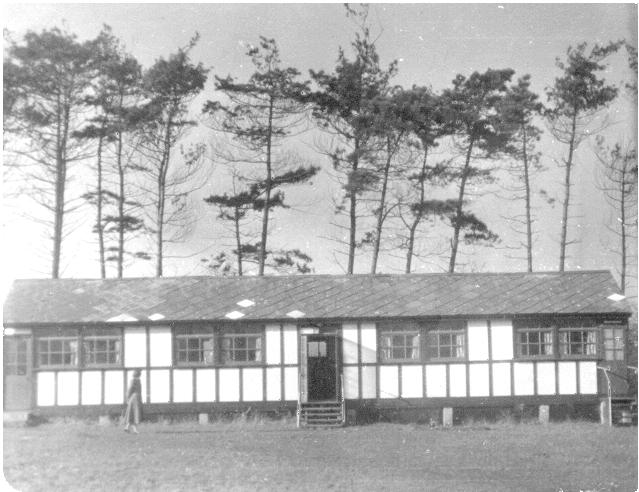 Below - as it looks now - courtesy of the Baldwyns Freeholders Association

Reading Frankie Gemmell’s memories and her mention of going to Baldwyn’s Park pavilion for a few drinks on a Saturday evening remind me of our activities there in the 1940’s and early 1950’s, there was no bar there then. The pavilion was nevertheless the centre of many community activities. There was the very successful Girl Guide group excellently run by Miss Hamilton and Miss Ashbury, I remember the Guides going round the local roads with a wheelbarrow on Saturdays collecting household salvage for the war effort (it wasn’t known as recycling in those days). There was the table tennis club ably managed by Ken Kinniple and Ken Simmons (we played with moderate success in the North West Kent league); a youth club run by Mr. & Mrs. York; the annual horticultural show, stacked with produce from gardens and the nearby allotments, all of which was auctioned after the show by a local professional auctioneer, I believe his name was Gale.

There were regular dances, old time and modern, but probably the most successful venture was the Dramatic Society.


The first public performance by the Baldwyns Dramatic Society at the pavilion was a set of one-act plays given in November 1946. This was followed by a three-act production in April 1947. These shows were so successful that the group went on to produce three or four plays a year right through to 1951. The audiences, drawn entirely from local residents, were always most supportive, on one occasion even having to bring their own chairs. The difficulties posed by the tiny stage, it was no more than twelve-foot square, and an equally tiny single dressing room were overcome by incredible ingenuity and tremendous enthusiasm and with the co-operation of other users of the building. Bob Gemmell (Frankie’s father) and my father built the stage at one end of the pavilion in such a way that it could be taken down after the three day run to provide the space necessary for other activities. The stage footlights doubled as the overhead lighting for the table tennis tables. When funds permitted a small marquee was erected adjacent to the pavilion on show nights to serve as an extra dressing room.
There had at one time been a tennis club based at the pavilion, there was a hard and a grass court there complete with the nets but all sadly neglected. A group of us cleared the hard court, repaired it and the net as best we could and played on it for a couple of seasons. Wimbledon it wasn’t but we had a lot of enjoyment from it and I still have the scar on my knee where I failed in my attempt to jump over the net. 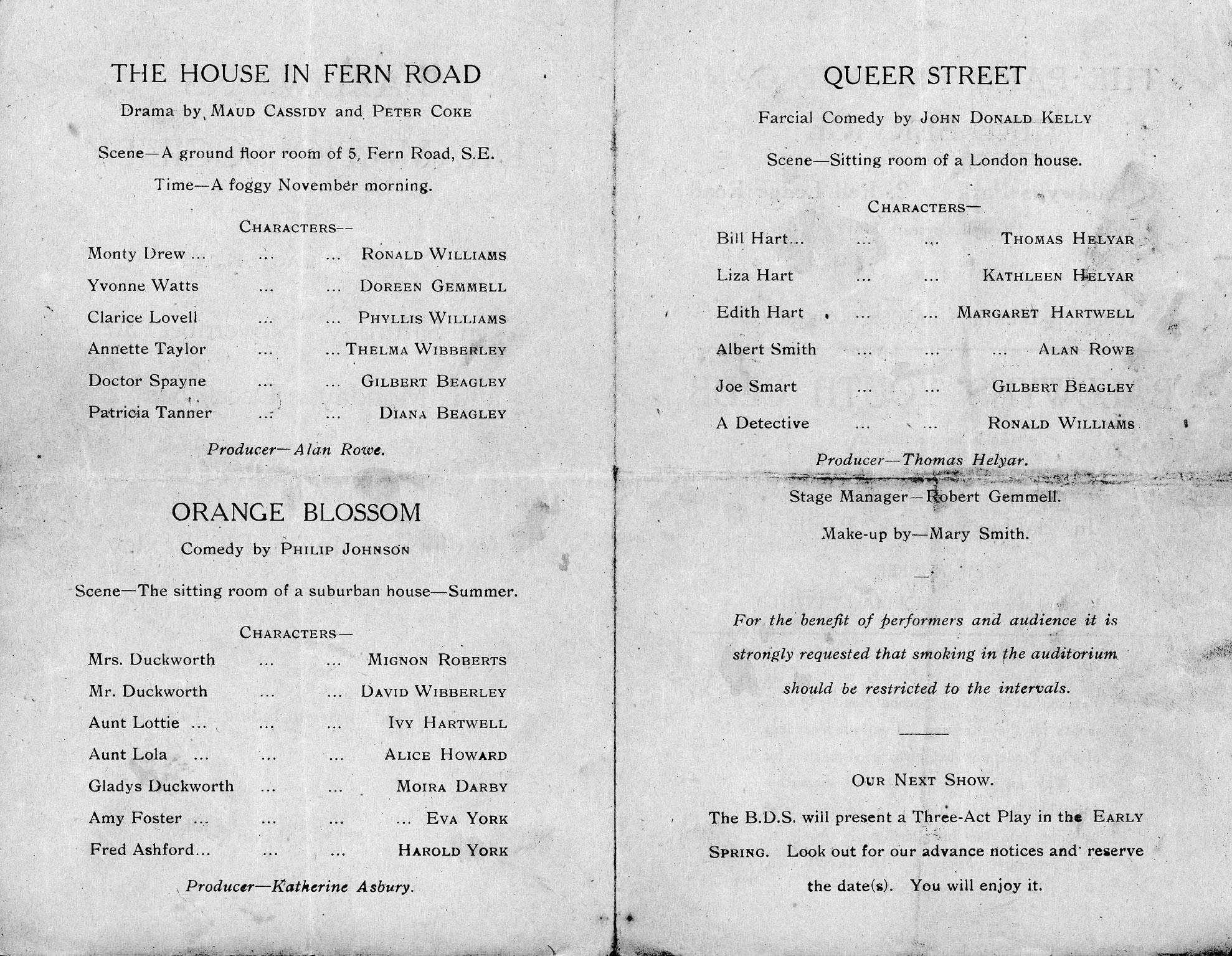